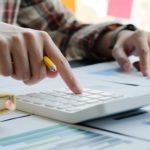 American Farm Bureau Federation’s top economist is critical of how the Federal Reserve is handling America’s inflation problem.  Dr. Roger Cryan tells Brownfield raising interest rates without managing the supply of money is not helping the country recover. “That’s imposing costs on the entire economy including farmers and it could create the same sort of debt trap that a lot of farmers fell into in the early 1980s when they were faced with ridiculously high-interest rates.”

Cryan tells Brownfield for about 40 years, interest rates were held to around two to four percent, which was good for the economy and gave the market confidence, but with so much stimulus spending.