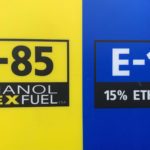 “This is the first time we’ve ever had the oil industry voicing its support for a permanent solution,” said Geoff Cooper, President and CEO of the Renewable Fuels Association.

“It’s a no-brainer for retailers if they can sell the fuel year-round,” Cooper said.

Grassley says E15 bill may get pushed to new Congress