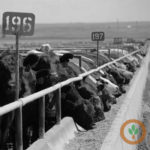 A livestock economist says there’s been a shift in the tone of the Cattle on Feed numbers.

University of Missouri’s Scott Brown says the last several reports have been relatively bearish for the markets.  But that’s not the case this time around.  “Placements in May were 2.1% below year-ago levels,” he says.  “That actually falls outside the pre-report range.”

He tells Brownfield this could be a change in trajectory moving forward.