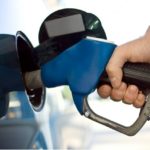 Bharat Ramamurti says the current drop in fuel prices is the fastest decline in over a decade. “Fifty-one straight days of gas price declines nationally,” he said. “Gas prices are down on average about 85 cents a gallon.”

He tells Brownfield President Biden’s move to lift E15 restrictions during the summer months has been one of the factors.

Consumers see relief at the pump

Understanding more about the farmers’ share of the food dollar

Insect and disease pressure in the Dakotas and Minnesota

Easy-going weather across the Corn Belt; scattered rains on the southern Plains