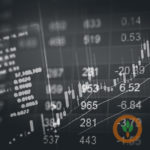 A leading ag economist says grain production in the Black Sea region and general fears of recession could start weighing on crop markets.

“What happens internationally with demand around the world an competing supplies, with countries like Ukraine, is going to be incredibly important going forward,” he said.

Avian flu a threat this fall