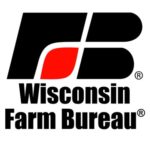 Wisconsin Farm Bureau will soon have a leadership change.

Chief Administrative Officer Kim Pakorny announced she will be stepping down on August 10th to pursue an opportunity involving agricultural education in her community.  The Farm Bureau board of directors has named President Kevin Krentz as the interim chief administrative officer.

The Berlin area dairy farmer thanked Pakorny for her two years and says Farm Bureau will continue as a team to build on her success.

A farm bill draft has started