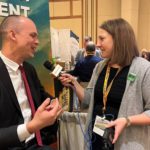 “What are some of the things we could build into the label to ensure the product remains available to farmers, but can help prevent jeopardy to species that are near the farm field?”

Snyder says there’s not enough EPA staff for timely pesticide reviews, but he’s optimistic Congress will change that with the help of $10 million coming through the 2023 budget proposal.