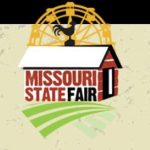 Big changes are in the works for the Missouri State Fair.

“Some of the highlights to that is the purchase of 200 acres of land to the west of us that butts up against our current campground, we’re going to build 600 more campsites out there.”

And he says new facilities are on the way…

“We’re gonna build a new, almost $30 million, climatized arena over on lot 9, which is kind of a parking area now.

How to hit the ROI bullseye with nitrogen applications