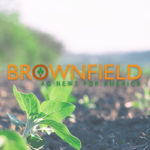 Wisconsin Democratic Senator Tammy Baldwin says she worked with Iowa Republican Chuck Grassley to introduce the Farmland Security Act Thursday. She says, “It requires the Secretary to report to Congress on foreign investments in agricultural land including the impact foreign ownership has on farm families and rural communities.”

Baldwin says farmlands are one of our greatest assets but, “Currently, we just don’t have a full understanding of how much of America’s heartland is foreign-owned.”

Now, Baldwin says varying state and federal regulations exist on foreign land ownership, but they don’t have a handle on how much land is foreign-owned and by who.

Bill would bolster security in agriculture from foreign interference reintroduced