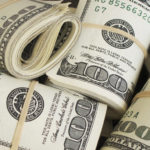 “The last two or three years has been the first time we’ve exceeded or eclipsed the previous inflation-adjusted high for farm debt which we saw right in the beginning of the 1980s,” he says.

He says debt has been increasing since the late ‘90s and early 2000s, but the composition has changed.

A learning curve ahead of the 2023 Farm Bill