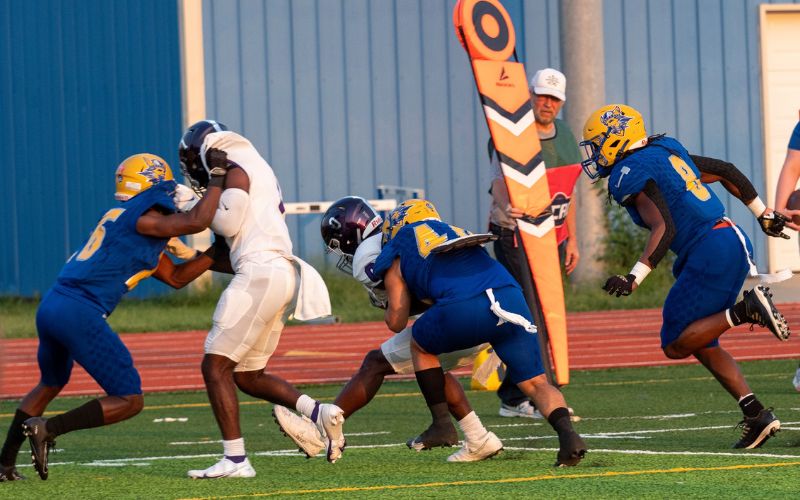 Lindsborg, Kan. (BethanySwedes.com) – The Bethany College Swedes Football team faced off against the Avila University Eagles but the game was cut short due to weather and other constraints.

Avila started with the ball and used a 7-play, 43-yard drive to put the first points of the day on the board and take a 7-0 lead. The Swedes would drive 20 yards on their first drive and punt the ball away. Zeke Mumford was able to pin Avila on the visitor’s 2-yard line.

On the Eagles’ second drive, the Swedes looked to have held Avila to a 3-and-out, but the Eagles quarterback would take a draw play to the house to make it 14-0. Avila would score once more in the first quarter by way of a “pick-6”.

At this point, the lightning delay began and the game was eventually called off with a final score of 21-0 in favor of the Eagles. As the safety of players, staff, referees, and spectators are of the utmost importance, the decision to call the game was ultimately the right choice.

The Swedes’ rivalry with the Kansas Wesleyan Coyotes will add another chapter as both teams will face off in Salina, Kansas. Kickoff is set for 7 pm and for those at home, click here to watch online.

Duke Heads to Kansas in Matchup of Surprising 3-0 Teams