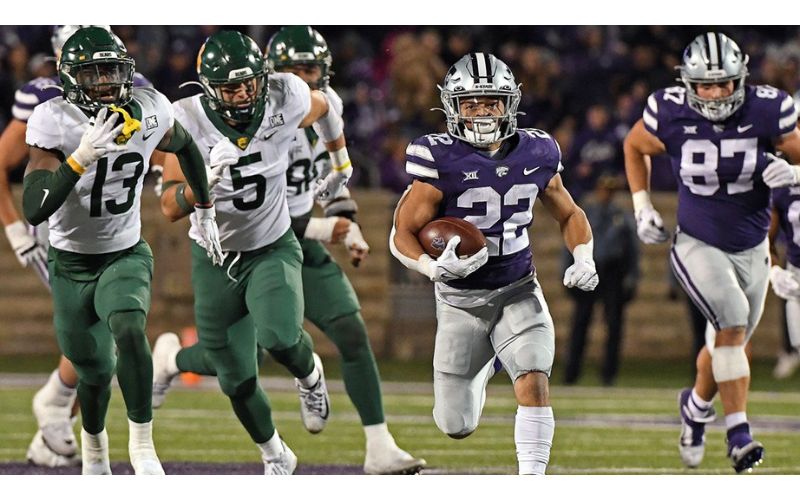 Manhattan, Kan. – Kansas State junior running back Deuce Vaughn was one of 85 players in the nation and eight from the Big 12 to earn a nod on the watch list for the 86th Maxwell Award presented annually to the outstanding player in college football, the Maxwell Football Club announced Monday.

It is the second-straight season Vaughn is up for the Maxwell Award, while it marks the seventh time a Wildcat has been a candidate for one of the top honors in college football in the last six seasons. Quarterback Skylar Thompson was also a preseason candidate in 2021, while running backs James Gilbert (2019) and Alex Barnes (2018), in addition to quarterback Jesse Ertz (2017) were also on the initial lists during the current streak. Vaughn and Thompson are the only two players in school history to be a candidate for the Maxwell Award multiple times.

The 11th player in school history to be named a Consensus All-American, Vaughn ranked in the top 10 nationally in eight categories in 2021, including top-five marks in rushing touchdowns (4th; 22), points per game (5th; 10.2) and scrimmage yards per game (5th; 144.0).

The Wildcats begin the 2022 campaign by taking on South Dakota inside Bill Snyder Family Stadium on Saturday, September 3. It is the first of three-straight home games to begin the year as the Wildcats take on former Big 8/12 foe Missouri on September 10 and Tulane on September 17.