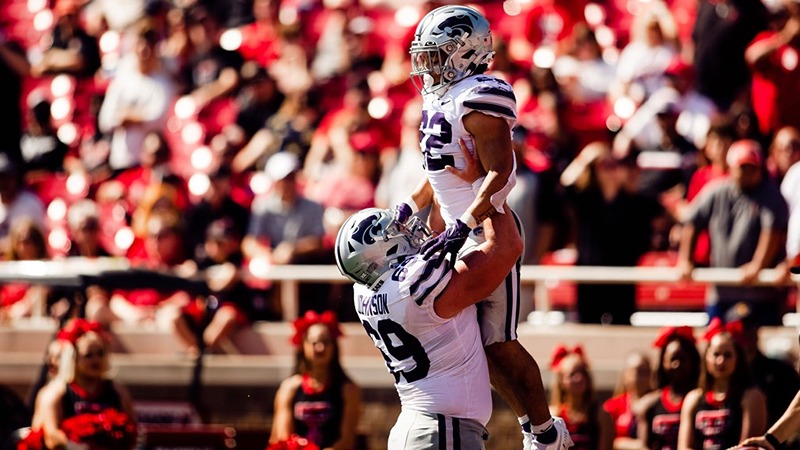 MANHATTAN, Kan. (KStateSports.com) – For the third time in the last 11 days, Kansas State running back Deuce Vaughn has been mentioned among the nation’s best players, as the junior is on the watch list for the 2022 Walter Camp Award, the Walter Camp Football Foundation announced Friday.

Vaughn is a first-time watch list member for the Walter Camp Award, which goes to the nation’s most outstanding player. It is just the sixth time a Wildcat is a candidate for the award and the first since Dante Barnett in 2015. Most notably, current Wildcat offensive coordinator Collin Klein was a finalist for the award in 2012.

Aside from the Walter Camp Award, Vaughn was also named to the watch lists for the Maxwell and Doak Walker awards last week.

One of the top all-around running backs in the nation, Vaughn was one of three players in the country last season with 1,000 rushing yards and 400 receiving yards, while he ranked fourth nationally with 22 total touchdowns. The 11th player in school history to be named a Consensus All-American when he earned the accolade in 2021, Vaughn enters the 2022 season ranking first nationally among all active non-kickers in career points per game (8.1), second among active players in career all-purpose yards per game (134.48), fifth in rushing yards per carry (5.7) and total touchdowns scored (31), eighth in rushing yards per game (89.0) and tied for eighth rushing touchdowns (25).

Additionally, Vaughn comes into his junior year ranking third in Big 12 history in scrimmage yards (rushing plus receiving) per touch at 6.8, just behind Oklahoma’s Kennedy Brooks (7.0) and Texas’ Vince Young (6.9). Holding 2,046 rushing yards and 902 receiving yards in his career, Vaughn can also become just the 10th player in Big 12 history to have 2,000 receiving yards and 1,000 rushing yards but just the second to do so prior to the end of his junior season.

The 2022 K-State football season opens on Sept. 3, with a 6 p.m. contest against South Dakota. The Wildcats then host Missouri on Sept. 10 and close out non-conference action against Tulane on Sept. 17.

K-State Athletics officials announced Thursday that the only remaining single-game tickets for the matchup against Missouri are scattered single seats or standing room only ticket. However, fans can still get reserved seats together for all seven home games – including the Missouri game – by purchasing a full season ticket package or a flex season pass. Fans can purchase tickets online at www.kstatesports.com/tickets or by phone at 1-800-221-CATS.