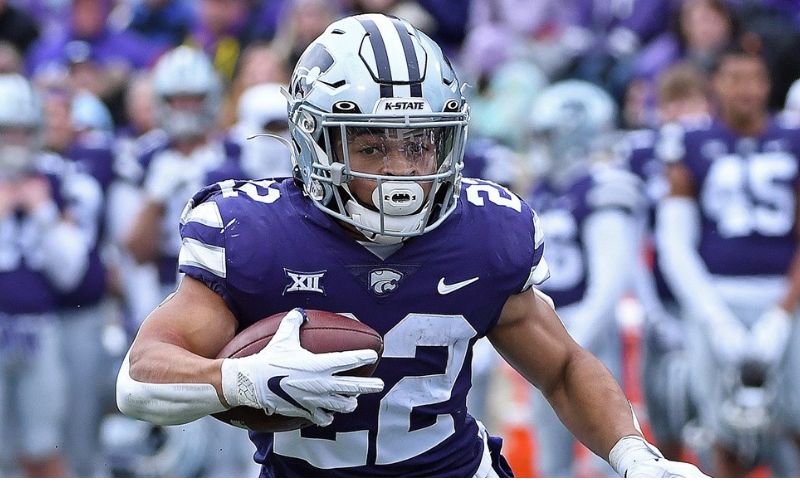 Manhattan, Kan. (kstatesports.com) – For a second-straight season, Kansas State junior running back Deuce Vaughn is in the running for the Doak Walker Award, presented annually to the nation’s top college running back, as the PwC SMU Athletic Forum announced its preseason watch list on Wednesday.

Vaughn was a semifinalist for the award a year ago, just the third Wildcat to advance from preseason candidacy as Darren Sproles was a finalist in 2003 and Daniel Thomas was a semifinalist in 2010. A product of Round Rock, Texas, Vaughn is one of 73 running backs in the nation to be named to this year’s watch list. It is his second watch list inclusion this week after being named a candidate for the Maxwell Award on Monday.

Last season, Vaughn became the 11th Consensus All-American in school history after rushing for 1,404 yards and 18 touchdowns while hauling in 49 receptions for 468 yards and another four scores. One of three players in the nation with 1,000 rushing yards and 400 receiving yards, Vaughn finished the 2021 season ranked fourth nationally with 22 total touchdowns, eighth in rushing touchdowns (18) and ninth in total rushing yards (1,404).

Kansas State opens the 2022 season by hosting South Dakota inside Bill Snyder Family Stadium on September 3. The Wildcats remain at home the next two weeks, taking on former conference opponent Missouri on September 10 and Tulane on September 17.