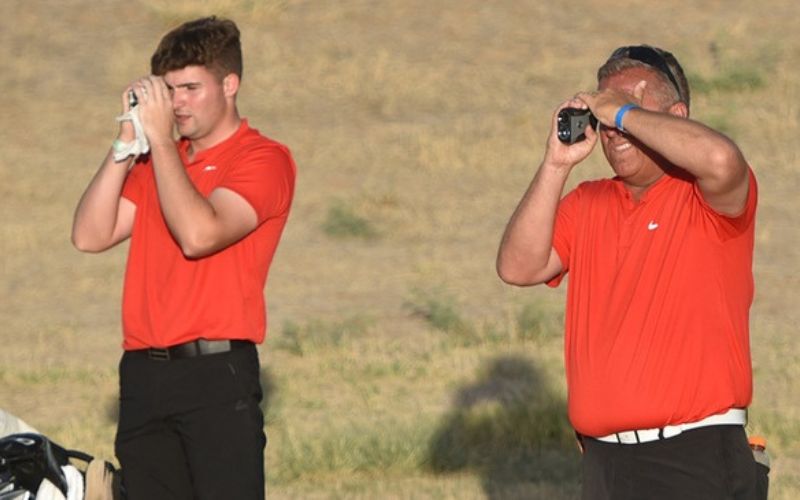 HUTCHINSON, Kan. (BlueDragonSports.com) – It’s hard not to start the 2022-23 NJCAA Men’s Golf Season and think about what could be waiting for the two-time defending national champion Hutchinson Community College men’s golf team.

That prize is a potential third-straight national championship and it would happen just 30 minutes from the Salt City at Sand Creek Station in Newton.

But between the 2022 fall opener on Monday and Tuesday in Pueblo, Colorado, and the 2023 NJCAA championships next May, there are at least 10 tournaments between, and the process to make sure the Blue Dragons peak then and not now starts Monday.

“With everybody that we have back and the new guys, it’s in your mind,” said Blue Dragon head coach Chris Young, who begins his 24th season on Monday at the Farmers Insurance Samuel Proal Classic in Pueblo, Colorado. “This is a process and the process is different with every team. We have a lot of kids who have been through this and they know what it takes to be playing your best in May. The younger kids now need to learn from the older kids.”

Last season, the Blue Dragons won their second-straight NJCAA team championship with a 20-stroke margin of victory, the largest in the last 25 years.

Returning from that team are two first-team All-Americans and three overall players who also helped the program with its third-straight Jayhawk Conference and Region VI championships as well.

Clemons (Cambridge, England) caught fire at the right time for the Blue Dragons last season. After struggling through nearly the entire 2021-22 season – Clemons averaged 74.74 strokes per round – the international player made a charge and nationals and tied for the individual championship after 72 holes after posting 7-under 281. He lost on the second hole of a playoff for the individual title.

“I’ve noticed in our qualifying that Dom has picked up right where he left off,” Young said. “He did have a tough go of it early in the year. When you bring an international player in, you never know how he will react, but Dom really settled down late last season and he’s carried that forward.”

Saffell (Wellington) was steady throughout his freshman season, ranking 18th in the nation in stroke average at 73.38. Saffell was second-team all-KJCCC and all-Region VI and finished fourth at nationals to earn NJCAA first-team All-America honors. Saffell posted a 4-under 284 score and he posted a 67 in the second round last May.

Alonzo (Topeka) was an all-KJCCC honorable mention selection last season. He ranked 29th in the NJCAA in stroke average at 73.90. Alonzo tied for 26th at nationals last May at 3-over 291 but played the final two runs in 3-under par.

(Saffell and Alonzo “are real characters,” Young said of his in-state sophomores. “Blake is a great golfer. I really want him to keep his focus and so far he has and had been a great leader.

“Addison is one of those kids who is old school. He doesn’t use a golf glove and he’s a quiet kid who leads in a different way than Blake does.”

The Blue Dragons welcome five freshmen for the new season and all five will get ample looks throughout the four-tournament fall season.

“We have a strong top three and our four, five, and six guys are pretty equal right now,” Young said of his potential lineup.

The Blue Dragons open the season ranked No. 1 in the two major NJCAA men’s Golf polls.

The Blue Dragons have four fall tournaments, including a look at most of the nation’s top teams at the NJCAA preview on Sept. 28-29 at Sand Creek Station.

So what does this part of the process look like for Young?

“We want to focus on who will help us in the spring,” Young said. “We will give all eight players a look here in the fall and after the fall, we will have a better idea going into the spring of who we will count on.”