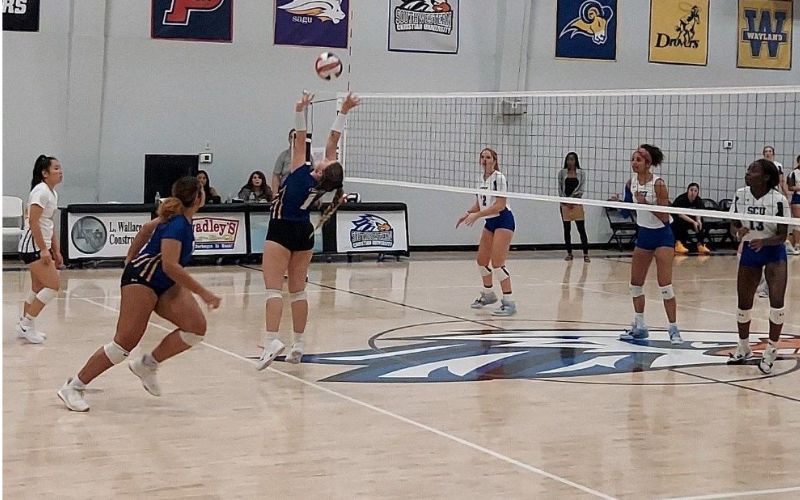 Oklahoma City, Okla. (CCTigers.com) – It was a tough weekend for the Central Christian College women’s volleyball team, as they got back into Sooner Athletic Conference action on Friday and Saturday down in Oklahoma City. The Tigers opened the weekend against Southwestern Christian University, then wrapped up the trip with an afternoon match on Saturday against Oklahoma City University.

The Tigers were swept in straight sets in both matches but were competitive in all six sets, they just couldn’t find a way to string enough points together to pull out a win. Against the SCU Eagles on Friday night, the Tigers dropped the opening set 25-19 but rallied in the second set, but ultimately lost the set 25-23. In the final set, the Eagles put their foot on the gas and finished off the Tigers 25-17.

Saturday’s match with the OCU Stars was similar. After losing the opening set, 25-17, the Tigers again played their best volleyball in set two. Unfortunately, the Stars had too much firepower, taking the set 25-19, then closing out the match-winning set three 25-18.

They assisted on all 34 kills.

They assisted on 19 of their 20 kills and recorded 2 service aces.

Defensively, they tallied 38 defensive digs, and at the net, the Tigers notched 1 assisted block.

“We are maturing as a team and getting better at our game management. We are still learning how to play on the road and our young group is learning how tough the SAC is. Even through the losses this weekend we saw improvements and saw good things from several players. Looking forward to next weekend at home!” – Coach Rick Hughes

The losses drop the Tigers to 6-11 overall. They will get some much-needed rest as they have six days before their next match. They will host the Panhandle State University Aggies next Friday at 7:00 pm.

Tiger Men and Women Come Up Short at OCU