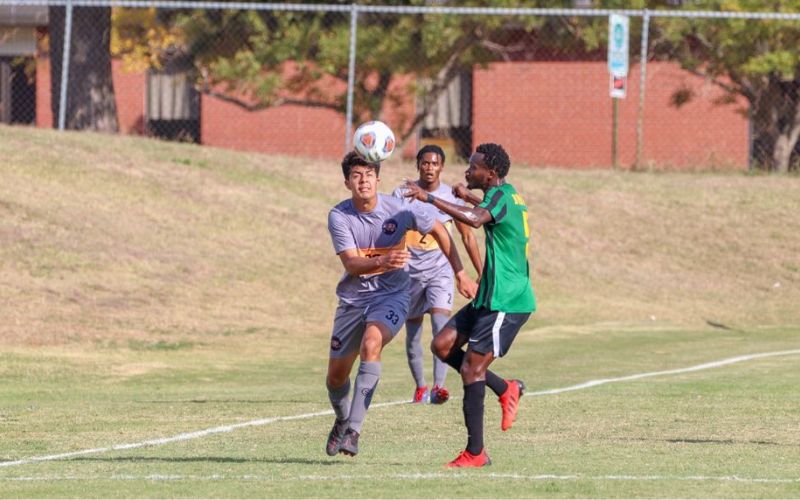 The Tigers hadn’t lost to Randall in their last five tries, but the 2022 Saints were a much improved side. The Central men dominated the time of possession, and created more chances at goal, but failed to convert any of those chance. The Saints on the other hand had just one really good opportunity, and they capitalized on it. They scored the games’ only goal in the 38th minute, on defensive let down by the Tigers.

After the halftime break, the Tigers came out with a renewed energy and early in the frame Drew Schrader found himself behind the Saints’ defensive line and one on one with the goal keeper. As the goal keeper closed, Schrader shot low, but it just missed the lower left corner of the goal by inches. Later in the half, Johnny Rodriguez also had a one on one encounter in from of the goal but also failed to convert.

As the seconds waned in the final half, the Saints were content to pack in the defense inside the 18 yard box and allow the Tigers to try and send lofted crossing passed into the box. The Tigers had several good looks but nothing materialized from it.

Coach Hoxie summed up the contest by saying, “Simply put… Goals change games. I realize this is an oversimplification of soccer, but they took their one chance, and we did not take any of ours. There’s not really much to say other than that. We did enough to win the game but score.  When you’ve been around the sport for as long as I have, you’ve seen everything. This is just one of those days.”

The loss drops the Tigers to 4-1-2 overall on the season. They will be back on the pitch Friday evening in a 5:30 match up, at home, against the Kansas Christian College Falcons.