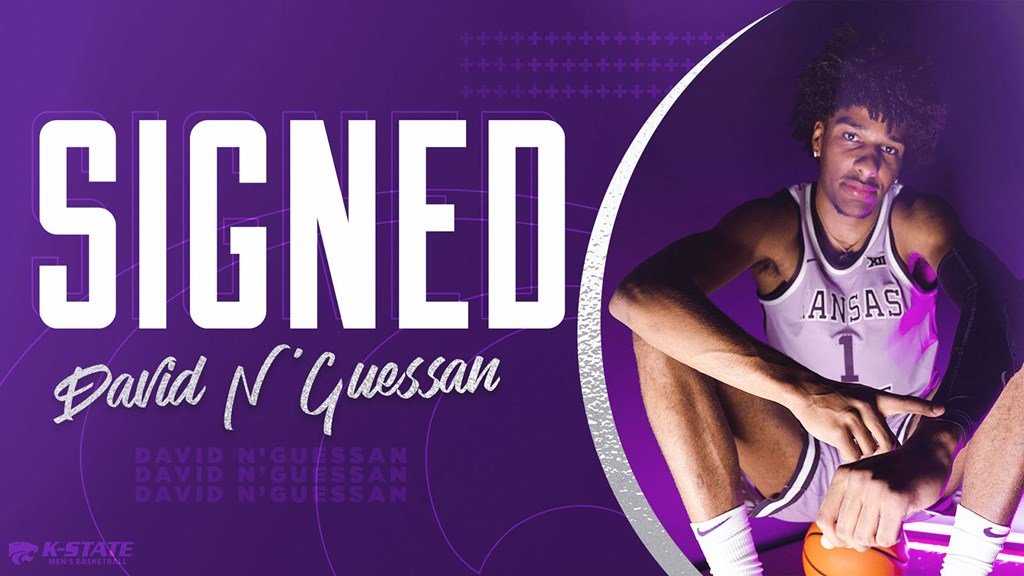 N’Guessan(pronounced Guh-SAHN) is the fifth player to sign with the Wildcats since Tang was introduced as the program’s head coach on March 21, including the third Division I transfer following Cam Carter (Mississippi State) and Jerrell Colbert (LSU). Overall, N’Guessan is the sixth newcomer added to the team for the 2022-23 season.

The Dutch National saw action in 57 games in his Virginia Tech career, including all 36 games during a 2021-22 season in which the Hokies won four games in four days to win the ACC Tournament title and advanced to the NCAA Tournament for the second straight season.

“The staff and I are thrilled about adding someone of David’s caliber to our team at K-State,” said Tang. “He brings significant college experience after having played in all but one game at Virginia Tech, while doing it at a program that really values winning. I have said several times that’s the one thing about this group (we have signed) is they are a bunch of winners and David is certainly a winner. Like the rest of our guys, he is not only a talented basketball player but a quality individual from a great family, which is the type of player we want to attract to K-State. He will be someone that our fan base is really going to embrace and love getting to know.”

A native of De Lier, The Netherlands, N’Guessan played in 57 of a possible 58 games in his Virginia Tech career, averaging 12 minutes per game. He registered double-figure points four times in his career, including in back-to-back ACC road games at Wake Forest and Syracuse as a freshman in 2020-21. He grabbed at least 5 rebounds in 12 games as a Hokie, while he registered multiple blocks in 6 contests.

“I chose Kansas State because of the playing style Coach (Jerome) Tang has in mind, as well as the culture and development plan he’s bringing in from Baylor,” N’Guessan toldOn3’s Joe Tipton. “(Kansas State) has a family environment and the Big 12 is a great conference.”

This past season, N’Guessan came off the bench in all 36 games for the Hokies, ranking second among reserves at 13.4 minutes per game. He scored in 26 games, including a pair of double-digit scoring games, including a career-high 15 points on perfect 7-of-7 shooting in the season opener vs. Maine on Nov. 9, 2021.

He nearly posted his first career double-double in a win over Cornell on Dec. 8, 2021, with 10 points and a career-high 9 rebounds to go with 2 assists and 2 blocks in 23 minutes. He played in all four ACC Tournament games, including a 9-point, 6-rebound effort in the second-round win over Clemson on March 9. He also played nearly 10 minutes in the first-round NCAA Tournament loss to Texas on March 18, scoring 3 points and posting a block.

N’Guessan played for prep powerhouse Mt. Zion Prep in Baltimore, Maryland for head coach Roderick Harrison, where he helped the Warriors to a pair of Elite Eight appearances at the National Prep School Championship. He was a team captain his senior season in 2019-20, averaging 15 points, 7 rebounds and 3 assists per game.

N’Guessan was a consensus 3-star prospect out of Mt. Zion Prep, including a top-40 power forward nationally by both Rivals (36 th ) and 247Sports (39 th ). He held a number of high-major offers out of high school, before choosing the Hokies over St. Joseph’s, VCU and Washington State.