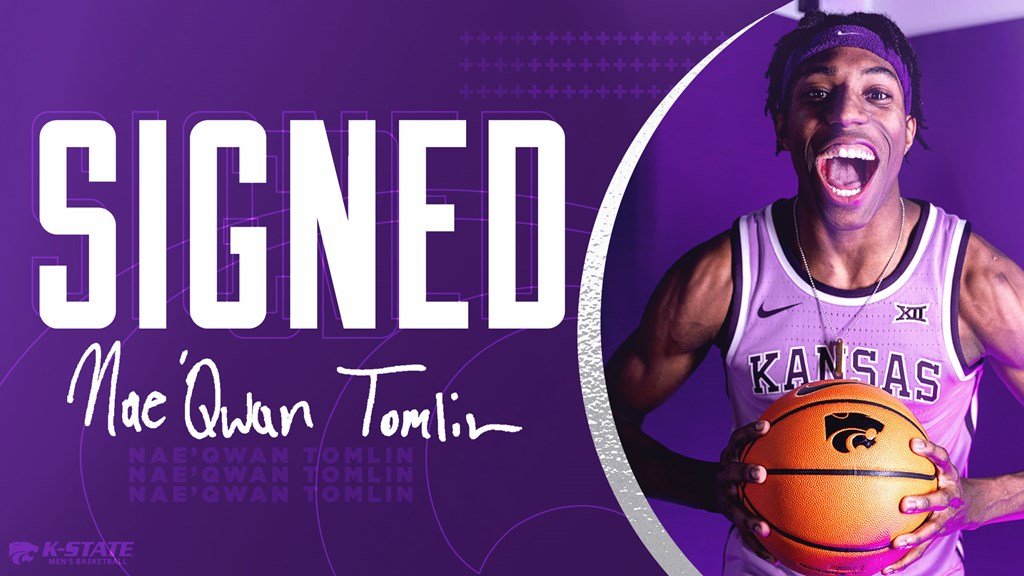 A 6-foot-8, 195-pound small forward arrives at K-State after playing two seasons (2020-22) at NJCAA power Chipola College in Marianna, Florida. The Indians advanced to the national semifinals of the NJCAA National Tournament both seasons, while posting a 53-11 (.828) record and collecting consecutive Panhandle Conference and NJCAA Region 8 Tournament Championships under head coach Donnie Tyndall.

“Nae’Qwan is a really outstanding addition to our family, and we are excited to have him at K-State,” said Tang. “It was important for us to add a player with some college experience, and he certainly fits that bill after having scored more than 1,000 points in the junior college ranks. He was not only one of the top players in the junior college ranks but the top player on a team that nearly won the national championship twice, so he has been around winning. I know he is excited to get here and get to work. Like our other guys, he is a quality individual from a great family and will fit in well with our team. I can’t wait for the K-State Family to get to know Qwan.”
Tomlin, who will have two seasons of eligibility remaining, was rated as the No. 7 prospect on the 2022 JuCoRecruiting.com Top 100.

The quartet is joined by 6-foot-8, 215-pound power forward Taj Manning (Grandview, Mo./La Lumiere School [Ind.]), who signed with the previous staff during the Fall 2021 Signing Period and recently reconfirmed his commitment to attend K-State for the 2022-23 season.

This past season, Tomlin was regarded as the best player on a Chipola team that posted a 30-6 record and lost to eventual national runner-up Salt Lake Community College, 70-68, in the semifinals of the 2022 NJCAA National Tournament in Hutchinson, Kansas. He averaged a team-leading 13.8 points per game on 52.4 percent (163-of-311) shooting, including 63.8 percent (139-of-218) from inside the 3-point arc, to go with 5.9 rebounds, 1.4 assists, 1.2 steals and 1.1 blocks per game in 30 games played with 23 starts. He collected four double-doubles (points/rebounds), including an 18-point, 11-rebound effort in a win over host Hutchinson Community College at the tournament, while he posted four 20-point games, including a season-high 22 points twice.

Along with being named an honorable mention All-American in 2021-22, Tomlin was named the most valuable player of the NCAA Region 8 Tournament, which included an 18-point effort in a win over eventual national champion Northwest Florida State College on March 4. He was also selected to the FCSAA All-State and All-Region 8 teams as well as First Team All-Panhandle Conference.

As a junior in 2020-21, Tomlin helped the Indians to the semifinals of NJCAA National Tournament, where they lost to eventual national champion Coffeyville Community College to conclude the season with a 23-5 record. He ranked third on the team in scoring at 11 points per game, while connecting on 54.1 percent (106-of-196) from the field, including 37.5 percent (18-of-48) from 3-point range, to go with 4.6 rebounds in 23.5 minutes per game. He was named to the NJCAA Region 8 All-Tournament team and First Team All-Panhandle Conference.

A native of New York City, Tomlin prepped at the Urban Assembly School.