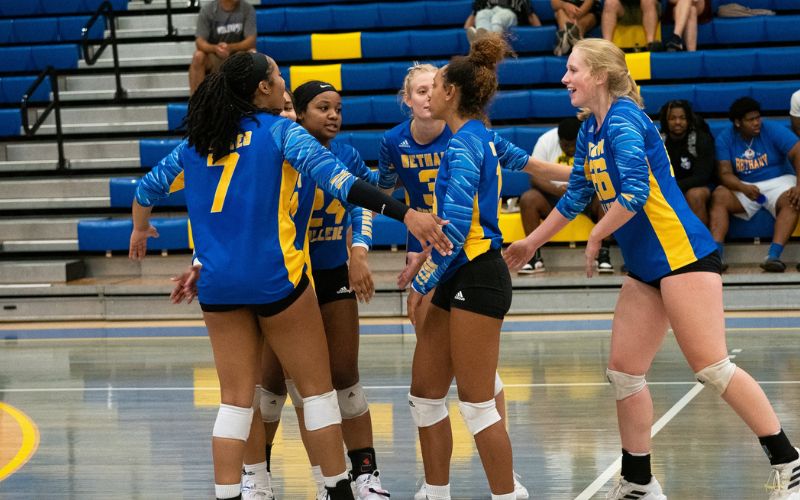 LINDSBORG, Kan. (BethanySwedes.com) – The Bethany College Swedes Volleyball team hosted the Hannibal-LaGrange University Trojans in a non-conference match up. The Swedes were able to upend the Trojans in three sets.

Early in the first set Bethany and LaGrange were head-to-head until the Swedes went on a 7-point streak taking the lead 15-8. The Swedes extended the 7-point lead to a 9-point lead making the score 22-13. The Swedes then secured the first set 25-17. The second and third set were both won 25-22. The Swedes and the Trojans were within 3 points of each other during the second set, but Bethany was able to secure the second set with errors made by the opposing team. Bethany also managed to hold onto the 3-point lead in the third set in order to secure the match.

Justice Brackney, senior middle blocker, had 6 kills and 1 error out of 20 total attempts, leading to a .250 kill percentage. Brackney also had 4 digs and 5 blocks on the night. Alyssa George, junior outside hitter, had 8 kills and 5 digs while Cameron Boyd, sophomore defensive specialist had 20 digs during the match.

The Swedes Volleyball team will be back in action on Wednesday, September 21st against the Sterling College Warriors. The game is set to start at 7:00 PM in Sterling, Kan.