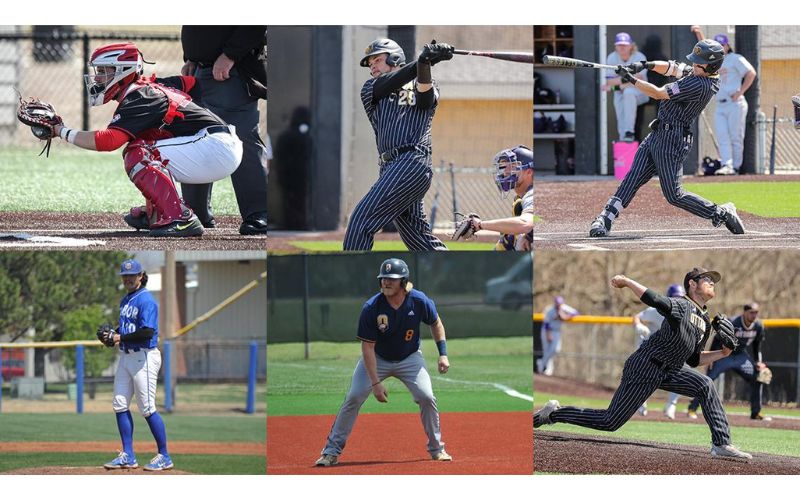 Kansas City, MO. – Six KCAC student-athletes were named to one of the NAIA Baseball All-America teams, the national office announced Tuesday. The All-America teams were selected by the NAIA-Baseball Coaches’ Association All-America Committee.

The first and second teams are also recognized as ABCA/Rawlings All-Americans by the American Baseball Coaches Association and Rawlings Sporting Goods. The ABCA began recognizing All-Americans in 1949 and named the first ABCA NAIA All-America team in 1969.

Trevor Johnson of McPherson was the lone KCAC player on the First Team, occupying one of the two catcher positions on that team. Two Ottawa Braves represented the KCAC on the Second Team, with Holland Boan and Jonah Weisner both earning that honor. Finally, Austen Seidel of Tabor, Cody Muncy of Oklahoma Wesleyan, and Tyler Bryant of Ottawa were all named to the Honorable Mention squad.

Adams, a left-handed pitcher from 2022 Avista-NAIA World Series Champion Southeastern, was tied for first in the country with 14 wins on the season in 18 appearances, being given only two losses on the season while throwing five complete games – four of which were shutouts. Across 113.2 innings, the most in the nation, he struck out 133 batters and only allowed 26 walks. Against 421 batters faced, he allowed only 31 earned runs, 85 hits, and posted an ERA of 2.45.

Factor, from the Oklahoma City Stars, led the NAIA in batting average (0.525), first in runs scored with 89, second in home runs with 30, was third in RBI with 92 total, third in hits at 105, and totaled 231 bases. His slugging percentage was 1.155, on base percentage .591 and had a perfect fielding percentage in 91 total attempts. He drew 35 free bases on the season while striking out only 19 times; he posted 28 doubles and four triples.