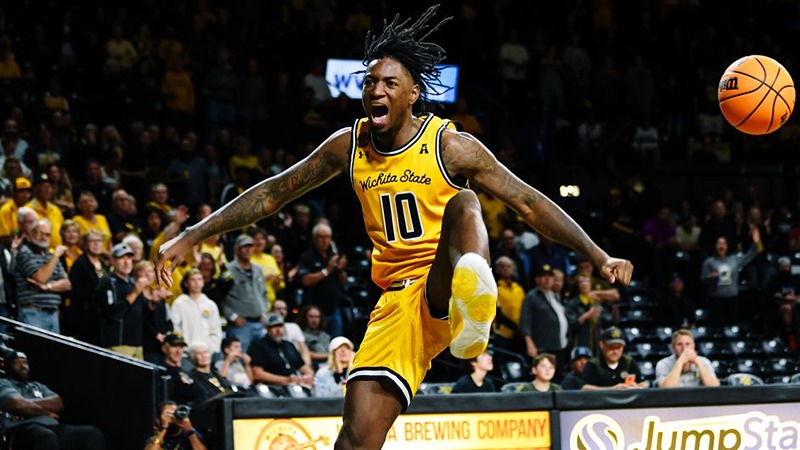 WICHITA, Kan. – The Shockers reeled off 17 straight points to turn an 11-8 deficit into a 25-11 cushion near the midway point of the first half. They led by as many as 37 late in the second half after another 20-0 push.

All 14 Shockers who dressed saw action.

Porter tallied 13 points on 6-of-9 shooting to go with five rebounds and four assists, and Gus Okafor joined him in double-figures with 11 points.

7-footer Quincy Ballard paced the rebounding with seven, while Shammah Scott handed out a team-best five assists in 13 minutes.

Key Stretch:
Newman missed 21-straight shots during a second-half scoring drought that lasted for more than eight minutes. WSU capitalized, turning a modest 61-44 lead into an 81-44 advantage with less than 2:00 to play in the game.

Up Next:
The Shockers begin the regular season next week with home games against Central Arkansas (Monday, 7 p.m.) and Alcorn State (Saturday, 3 p.m.). Both contests will air on ESPN+. Tickets are available online at goshockers.com/Tickets, by phone at 316-978-FANS, in person at the Shocker Ticket Office.

Shockers Take Down Richmond on the Road

No. 9 Dragons Run by Mineral Area to Open BSN Classic

Halstead Uses Strong Run to Game to Push Past Lyons