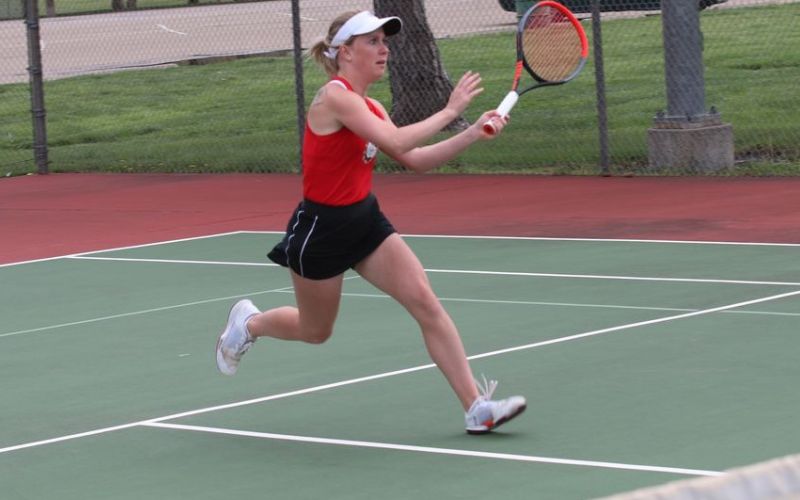 WINFIELD, Kan. – The Bulldog Men’s and Women’s Tennis teams opened their fall season over the weekend, competing against 10 other schools from Division II, Junior Colleges, and other NAIA institutions at the Tiger Jinx Invitational over the weekend.

The flights were organized in a compass format, which guarantees each player at least 3 singles and 3 doubles matches. The players who won their first-round matches on day one advance to the semifinals of their draws, while those who fell short headed into a back draw.

Day 1, consisted of one round of singles match play, and two rounds of doubles. Day 2, was made up of one round of doubles match play, and two rounds of singles. Each singles and doubles flights were made up of eight players or teams, making a total of nine flights for the men and eight flights for the women in singles. Doubles was made up of 5 men flights and 4 women brackets.

“This invitational was a really great experience for us all,” said Head Coach Keiran President. “It gave each and every player a chance to compete against some very tough competition. Our players went up against the likes of nationally ranked teams in a variety of divisions.”

Coach President also spoke on how this invitational will not only prepare both teams for the rest of the fall, but also the spring, he added. “We got a little glimpse of our strengths, weaknesses and opportunities this weekend. We have a better idea of what we need to work on individually, and as a team for the rest of our fall season and heading into the spring. We have a wonderful group of players this year and we are excited to see them grow during their time at McPherson College.”

The Bulldogs will be heading back down to Winfield, this weekend to partake in the KCAC Fall Championships, matches are scheduled to begin at 9 a.m.

Below are the results from the Tiger-Jinx Invitational: