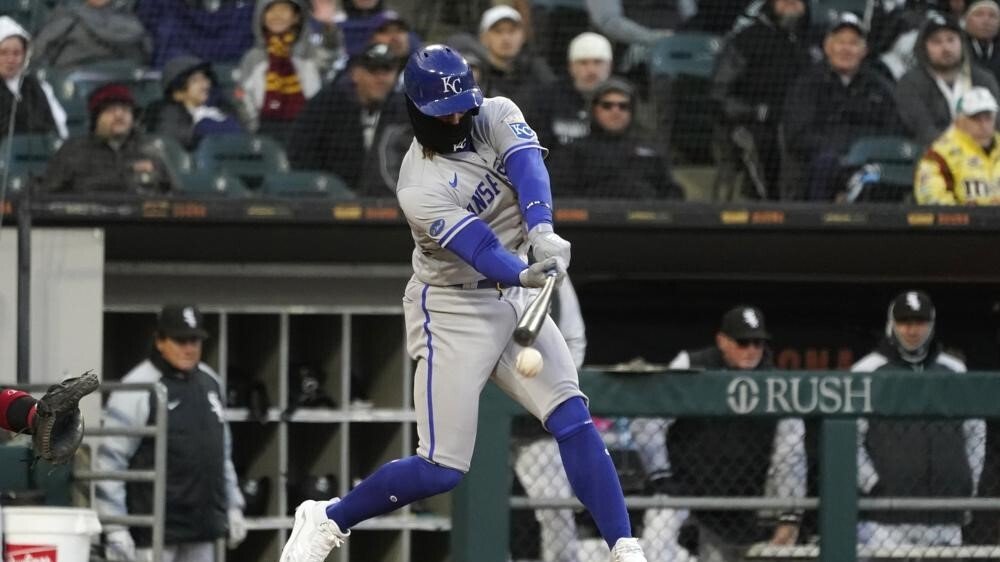 An MRI Thursday revealed the tear. Mondesi, who was batting .140 (7-for-50) with five stolen bases in five attempts, suffered the injury on an attempted pickoff play Tuesday night against the Chicago White Sox.

Lopez, who started 141 games at shortstop in 2021, likely will move from second base. Bobby Witt Jr. also is a possibility, but manager Mike Matheny intimated his prized rookie is getting acclimated to third base.

“I’m expecting to be there (at shortstop) probably every single day,” Lopez said. “Until I hear otherwise.”
Versatile Whit Merrifield is expected to move from right field to second base.

“We also know that Nicky Lopez played a Gold Glove caliber shortstop last year as well as what Whit Merrifield did at second base,” Matheny said. “There are options.”
Matheny initially believed Mondesi, who stole 24 bases in the 60-game 2020 season, avoided a major injury after Tuesday’s game. But the Royals’ clubhouse was shaken Thursday when more tests disclosed the severity of the injury.

“You could tell our locker room took a hit,” Lopez said. ”(Mondesi) keeps things to himself, but he’s one of the nicer guys on the team. He’s so genuine, a great teammate. You never hear any thing come out of his mouth. He’s very positive.

“And I can speak for a lot of people on the team that our heart breaks for him because it’s so unfortunate.”
Outfielder Kyle Isbel was promoted from Triple-A Omaha, where he was 5-for-20 with one home run and four RBIs.

Sutcliffe Has 3 HR Game in Blue Dragon Split with Colby