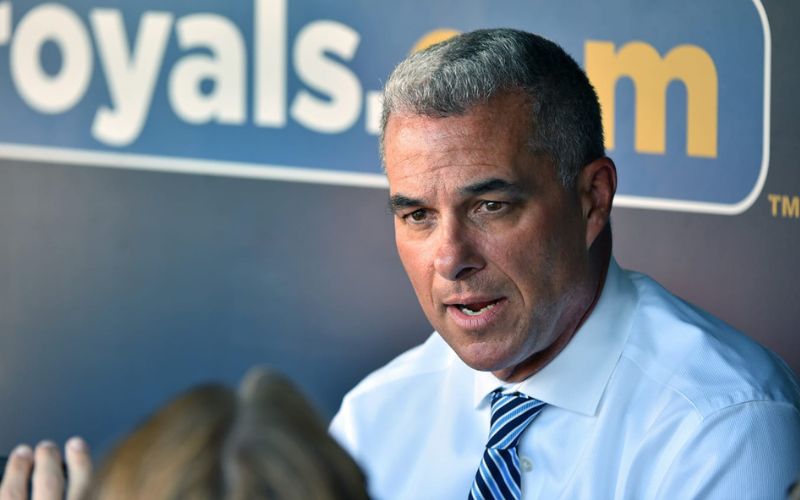 KANSAS CITY, Mo. – The Dayton Moore era in Kansas City — one that has spanned more than 16 years and included two American League pennants and a World Series title — has come to a close. Royals chairman and CEO John Sherman announced that the organization has dismissed the president of baseball operations on Wednesday afternoon at Kauffman Stadium.

“Dayton’s 16 years of leadership here will always mark the transformation into a World Championship club,” Sherman said in a statement. “Our fans, our region and our community will never forget the excitement we shared in back-to-back pennants and the World Series championship in 2015. He always put the Kansas City Royals first, and we’re stronger today because of it.”

The decision comes as the 2022 season nears its end, with the Royals 30 games below .500 in a year they had hoped to take significant steps forward in their rebuild. While there’s plenty to like about the future with the core group of young hitters who have reached the Majors this year, questions remain about the Royals’ ability to develop pitching and if they have the right resources in place to put together competitive seasons again.

That responsibility will now fall on J.J. Picollo, who was named executive vice president and general manager overseeing baseball operations. Picollo had worked with and for Moore for decades, since their time at George Mason University, scouting together for the Braves and coming to Kansas City together when Moore was hired as general manager on May 30, 2006.

“J.J.’s experience in baseball has prepared him for the challenges ahead,” Sherman said. “He has played a key role in evaluating and developing many of our franchise’s most talented players, including the core that won the 2015 World Series and the young core on the Major League team today. He will bring a new lens and approach to leading our baseball operations. I look forward to working with J.J. as we continue to build and develop our team to compete at a high level.”

Moore’s goal was to turn the organization around, and that’s eventually what he did, building it from the ground up. The Royals improved their win total in seven consecutive seasons from 2009-15, including their first winning season in 2013 (86-76) since 2003, back-to-back World Series appearances in 2014-15 and winning it all in ’15.

Moore and the Royals fully committed to another rebuild in 2018. They have not had a season above .500 since 2015.

Highly respected around the game — from front-office peers to coaches and players — Moore has received several accolades during his time in Kansas City. He is a member of the Kansas Baseball Hall of Fame and the Missouri Sports Hall of Fame, and he was recognized by the Boys & Girls Club with the John J. “Buck” O’Neil Diamond MVP Award and the Negro League Baseball Museum’s Rube Foster Award for AL Executive of the Year Award in 2016. He helped establish the Kansas City MLB Urban Youth Academy, his “C” You in the Major Leagues Foundation and Unite KC, all geared toward helping youth in the Kansas City community.