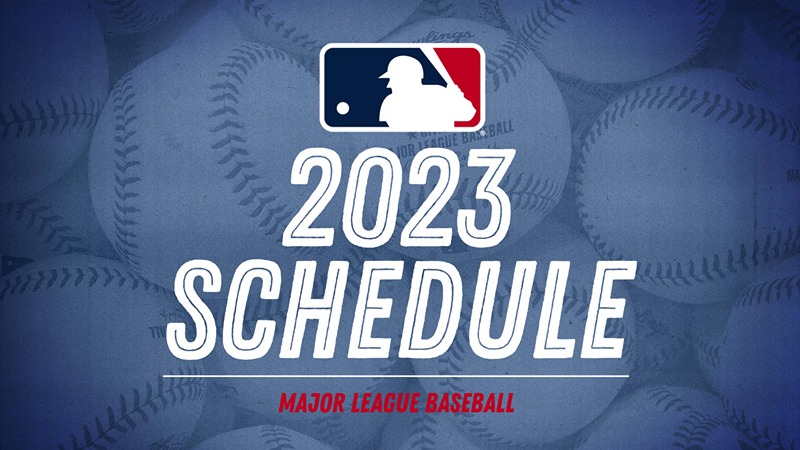 Kansas City, Mo.— In conjunction with Major League Baseball, the Kansas City Royals today announced their 2023 regular season schedule. All games times will be announced at a later date.

Opening Day is scheduled for Thursday, March 30 at Kauffman Stadium vs. the Minnesota Twins. This will mark the seventh time in nine years dating back to 2015 that the Royals will open the season at home. The 2023 season will mark the fifth time in 55 years that the Royals will begin a season vs. the Twins, and the first time since 2017 when they opened the season at Minnesota.

The Royals will also end the regular season at home with a three-game series vs. the New York Yankees from Sept. 29-Oct. 1, marking the seventh time in eight seasons since 2016 that the Royals will end the year at Kauffman Stadium.

For the first time since Interleague play was introduced in 1997, Major League Baseball has adopted a balanced schedule starting in 2023, in which the Royals will play all other 29 teams. Kansas City’s 162-game schedule will include:

The Royals will play their intra-state rival St. Louis Cardinals in two games at Busch Stadium from May 29-30 and will host the Cardinals at Kauffman Stadium for two games from Aug. 11-12. The Royals will play exactly three games vs. each of the other 14 National League teams, including seven three-game home series and seven three-game road series.

Kansas City’s holiday schedule will see the Royals host the Angels on Father’s Day (June 18). The Royals will travel to San Francisco for Easter Sunday (April 9), to Milwaukee for Mother’s Day (May 14), to St. Louis for Memorial Day (May 29) and to Minnesota for Independence Day (July 4). The Royals are scheduled off on Labor Day (Sept. 4).

The Royals will be in Kansas City on Jackie Robinson Day, which is Saturday, April 15, to host the Braves. The Royals will host Colorado on Friday, June 2 as the league celebrates its third annual Lou Gehrig Day, and they will play host to Houston on Friday, Sept. 15, which is Roberto Clemente Day.

The All-Star break will run from July 10-13 and will include the 93rd Major League Baseball All-Star Game to be played on Tuesday, July 11 at T-Mobile Park, home of the Seattle Mariners.

The Royals longest run of consecutive days played will stretch 16 days from May 2-17, which includes a 10-game homestand and the first six games of a nine-game trip.