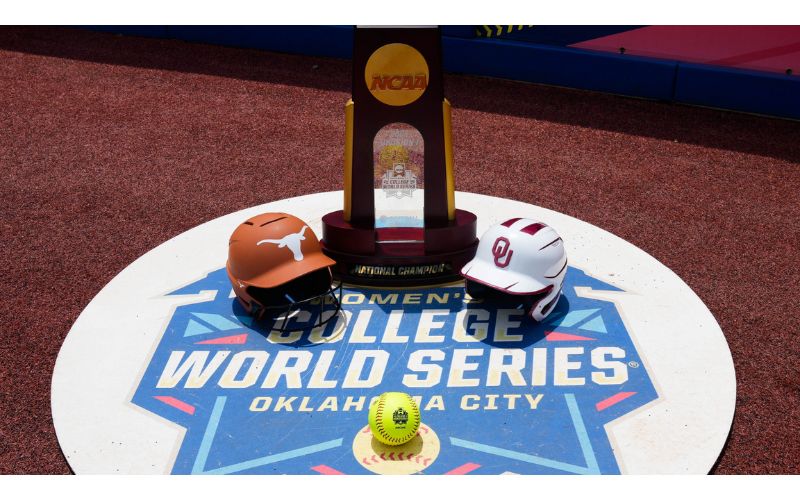 Oklahoma City, OK – No. 1 Oklahoma and Texas are set to face off in the 2022 Women’s College World Series Finals in Oklahoma City at the USA Softball Hall of Fame Complex. It marks the first time two Big 12 teams have played each other in the Championship series and is the first time a league has had both teams in the title matchup since 2014.

The Sooners and Longhorns will play a three-game series to determine the national championship.

OU is 4-1 so far in Oklahoma City. The defending champion bounced back from a 7-3 loss to No. 5 seed UCLA and posted a 15-0 (5 inn.) victory over the Bruins to advance to their third-straight and eighth overall Championship Series. In the three losses Oklahoma has had this season, OU has outscored its next opponent by a combined score of 39-0. The Sooners are seeking their sixth national title overall and fourth in the last six staged championships.

Oklahoma’s Jocelyn Alo needs just two home runs to match her single-season Big 12 record of 34 set in 2021 while UT second baseman Janae Jefferson is just six hits away from tying the all-time mark for most hits in a single season (97) by a Big 12 hitter (Kristin Vesely, OU, 2005).

OU has won three of the four matchups against the Horns this season, with Texas handing the Sooners their first loss of the year (4-2) back on April 16 in Austin. The loss snapped Oklahoma’s 40-game overall winning streak and NCAA DI record 38-game season-opening winning streak.

The two schools have played for multiple championships in the last month against each other, including the NCAA DI Women’s Tennis National Championship, a 4-1 Texas win, and the 2022 Phillips 66 Big 12 Baseball Championship Final, an 8-1 Oklahoma victory.