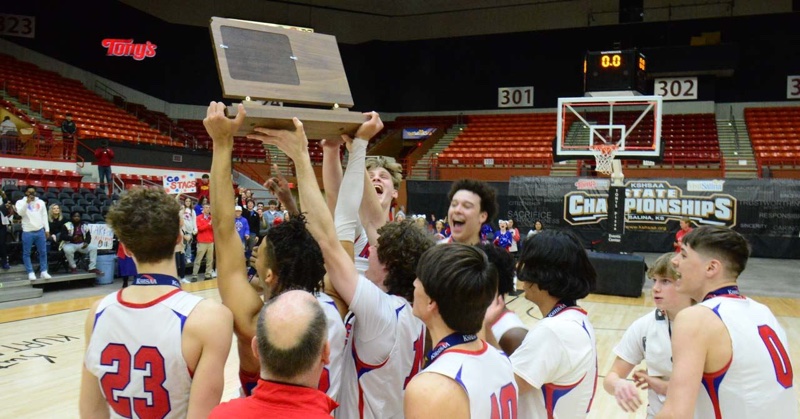 TOPEKA – Kansas is a step closer to seeing a multiplier formula applied to classifying private schools.

But the next two steps are big ones still to be made.

In last week’s vote by its Kansas State High School Activities Association member schools, a proposal to institute a multiplier to private school enrollment figures for classification purposes was passed by both a majority of schools and classifications. Votes were made via ballots submitted to the KSHSAA which were due on June 14.

“The proposed amendments to the Classification system took a significant next step forward with approval by the leadership of our member schools,” KSHSAA executive director Bill Faflick said. “The vote signifies the established system works as the details of the proposal were developed by the Classification Work Group and then reviewed throughout the past year by stakeholder groups including students, coaches, and administrators. Following this statewide education effort, the proposal was refined and then supported by membership. While the proposal still must be approved by the State Board of Education, and then ultimately be granted relief with an amendment to Kansas statute, we are now closer to seeing a private school enrollment multiplier to be included in the annual school classification system.”

Just how close that is remains to be seen.

The next step sends the proposal to the Kansas State Board of Education, which must approve a change to be made to the Kansas State Statute that currently mandates that KSHSAA classifications are determined strictly on student attendance numbers alone. K.S.A. 2014 Supp. 72-114 reads as follows:

K.S.A. 2014 SUPP. 72-7114. High school activities association; board of directors, executive board, appeal board; articles and bylaws; reports; classification system; executive director and personnel; application of open meetings law and open records law.
(a) Any association with a majority of the high schools?of the state as members and the purpose of which association is the statewide regulation, supervision, promotion and development of any of the activities defined in K.S.A. 72-7117, and amendments thereto, and in which any public high school of this state may participate directly or indirectly shall:
(1) On or before September 1 of each year make a full report of its operation for the preceding calendar year to the state board of education. The report shall contain a complete and detailed financial statement under the certificate of a certified public accountant.
(2) File with the state board a copy of all reports and publications issued from time to time by such association.
(3) Be governed by a board of directors which shall exercise the legislative authority of the association and shall establish policy for the association.
(4) Submit to the state board of education, for its approval or disapproval prior to adoption, any amendments, additions, alterations or modifications of its articles of incorporation or bylaws. If any articles of incorporation, bylaws or any amendment, addition or alteration thereto is disapproved by the state board of education, the same shall not be adopted.
(5) Establish a system for the classification of member high schools according to student attendance.
(6) Be subject to the provisions of the Kansas open meetings law.
(7) Be subject to the provisions of the open records law.

In the proposal to change the statute, the verbiage “and other means” would be added to No. 5 to allow for the following multiplier to be implemented under Section 2. That section would then read as follows with the multiplier format approved by the KSHSAA member schools.

Art. 5: Private schools will be subject to an enrollment multiplier factor when determining classification numbers.  Factors for determining the multiplier include school location, socio-economic status, and championship factor.  To calculate the multiplier number, the following criteria will be applied:

If the Kansas State Board of Education approves the multiplier, it will then head to the Kansas Legislature, which must approve the change to the current statute.

The private school multiplier has been a hot-button topic among member KSHSAA schools for quite some time, picking up more momentum in recent years.

Yet even in passing the school vote, there was still a large number of schools not in favor of the multiplier.

Only two of the state’s 28 private schools voted in favor of the multiplier – Class 1A schools Junction City-St. Xavier and Wichita Classical – while four did not submit votes, which were counted as no votes.

In all, 82 schools did not submit votes, resulting in no votes.

Class 4A had the largest push toward the multiplier with 32 of the 36 schools voting in favor. Two of the votes not in favor were the only two private schools in the classification, Bishop Miege and Topeka Hayden and the other two were ballots non-submitted votes.