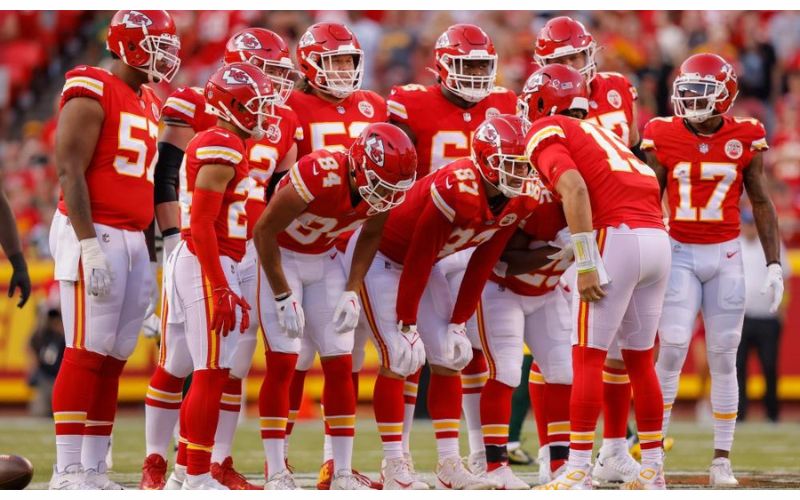 KANSAS CITY, Mo. – The Kansas City Chiefs couldn’t have asked for a better start to the 2022 campaign through two weeks. In fact, the six-time defending AFC West champions are one of only three teams in the conference with an undefeated record, once again leading to a high-standing in the various NFL “power rankings” from around the web.

Kansas City checked in at No. 2 in NFL.com’s rankings this week, trailing only the Buffalo Bills. Here’s a portion of what Around the NFL writer Dan Hanzus wrote about the Chiefs:

“…The hero of the 27-24 win over the Chargers? Jaylen Watson, of course. The seventh-round pick stepped in front of a pass from Justin Herbert for the game-turning pick-six in the fourth quarter. This game was about getting key contributions in unlikely places: In addition to Watson’s INT, the Chiefs received scores from wide receiver Justin Watson and reserve running back Jerick McKinnon. After a summer of hype for the entire division, the Chiefs remain positioned as the clear kings of the West heading into Week 3.”

The folks at The Ringer also ranked the Chiefs at No. 2 this week, naming Kansas City as “one of the two powerhouses in the AFC.” Here’s a portion of writer Austin Gayle’s analysis, which specifically cited the Chiefs’ strong start on defense.

“…Veteran DL Chris Jones and rookie first-round edge rusher George Karlaftis lead the team with 12 and nine QB pressures, respectively, and have anchored a pass rush that currently ranks fifth in pressure rate (40.4 percent). Kansas City’s front seven made its presence felt against the Chargers, pressuring Justin Herbert 11 times and hitting him five times (with one sack) in the second half as the Chiefs mounted their comeback. If the Chiefs can maintain this sort of consistent pressure, they’ll be one of the most complete teams in the NFL.”

Elsewhere, The Athletic placed Kansas City at No. 2 in its rankings following Thursday’s victory. Writer Bo Wulf’s analysis was quick and to the point:

Here’s a look at where the Chiefs landed in a handful of other “power rankings” from around the web:

Buhler Blanks Winfield, Gets First Victory of the Season

Dragons Rebound with Victory Over No. 17 Cowley