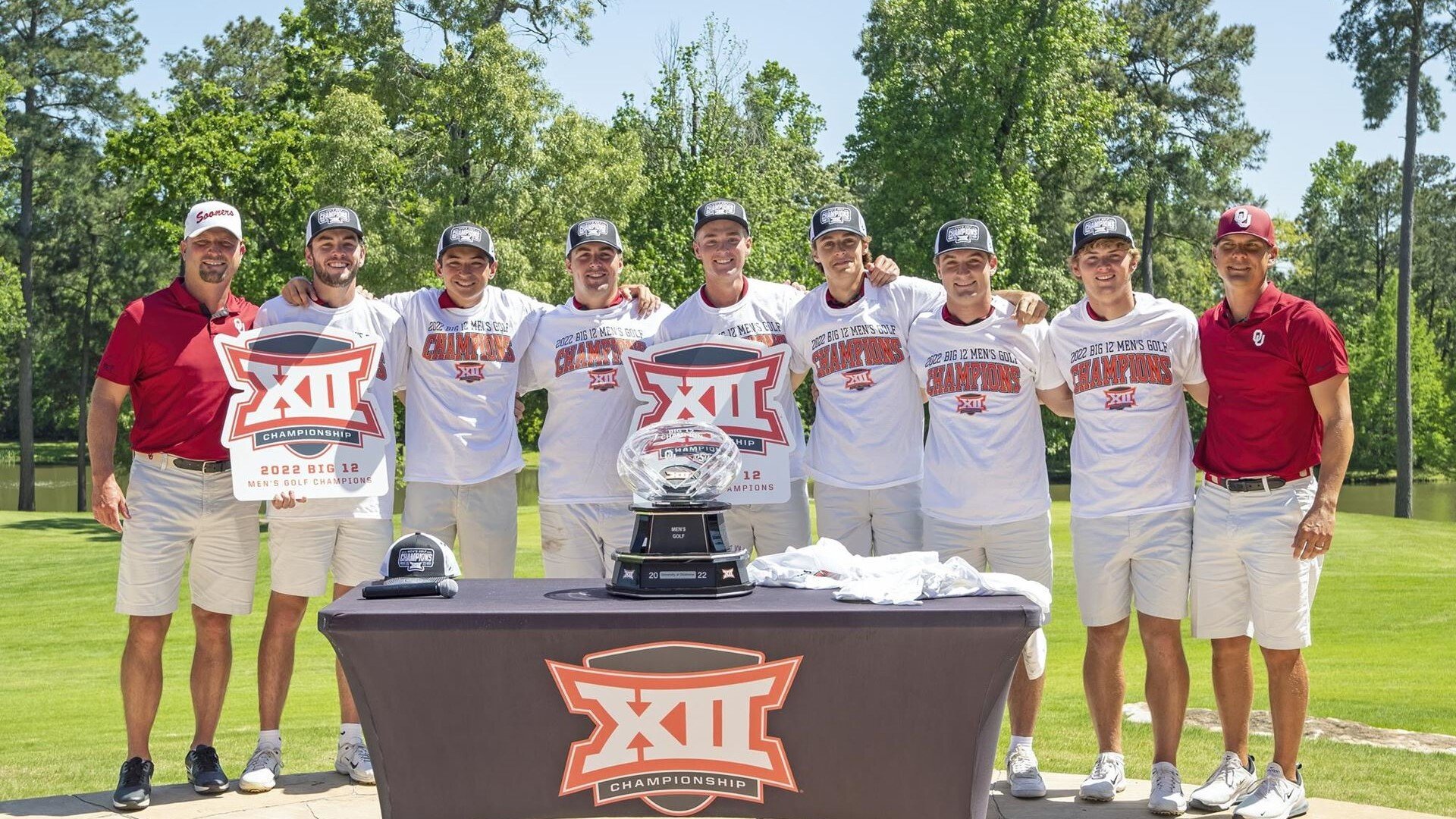 The Championship was adjusted to a 54-hole format due to a weather suspension on the first day at Whispering Pines Golf Club in Trinity, Texas at the 7,434-yard, par-72 course.

Trailing by one stroke entering the day, Oklahoma got off to a blistering start in the third round to lead by seven at the turn. The Sooners survived a late push from Texas, who briefly took the lead before OU closed strong to bring home the consensus No. 1 team in the country’s 18th conference championship.

Oklahoma State saved its best round of the Championship for last, scoring a 282 (-6) on the final 18 holes to finish in second place. The Longhorns were paired with the Sooners during the final round and finished in third place after three birdies on the 18th hole gave them a round score of 286 (-11) with a total of 853 (-11). Texas Tech finished fourth after scoring a 54-hole total of 861 (-3).

Texas and Oklahoma were the only two teams to place all five golfers inside the final top 20.

As the Big 12 Champion, Oklahoma receives the league’s automatic selection into the NCAA Division I Men’s Golf Championship. As the conference medalist, Aberg receives an automatic invitation to NCAA Regionals if not selected on a participating team. The full field including selections and regional site locations will be announced on Wednesday, May 4 at 3 p.m. CT on the Golf Channel.

Four Big 12 teams currently rank inside the top 10 of the latest Golfstat rankings: No. 1 Oklahoma, No. 2 Oklahoma State, No. 5 Texas Tech and No. 9 Texas.

Full final results from the Championship can be viewed

For full coverage of Big 12 teams throughout the postseason follow Big12Sports.com along with the Conference’s social media platforms.