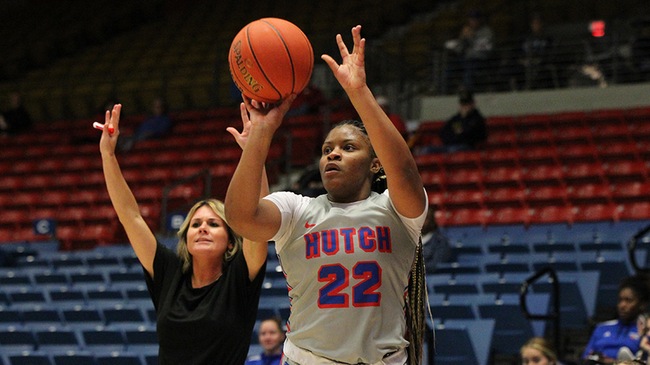 HUTCHINSON, Kan. – The Hutchinson Community College Women’s Basketball team scored the first nine points on Friday night and never looked back in a decisive victory over Mineral Area at the BSN Sports Tipoff Classic at the Sports Arena.

Hutchinson shot 49.2 percent while holding the Cardinals to 32.1 percent from the field in an 84-48 victory.

The Blue Dragons are now 3-0 all-time against Mineral Area and the 36-point margin of victory is the largest in series history.

Sophomore Mya Williams scored 17 of her game-high 21 points in an opening half that saw the Blue Dragons take a 9-0 lead with 5:51 to play in the opening quarter. Mineral Area got as close as seven only twice more in the first quarter.

Sophomore Kali Howard posted her second-straight double-double with a career-high 12 points and a career-high-tying 10 rebounds. Howard scored all 12 of her points in the second half, scoring off three offensive rebounds.