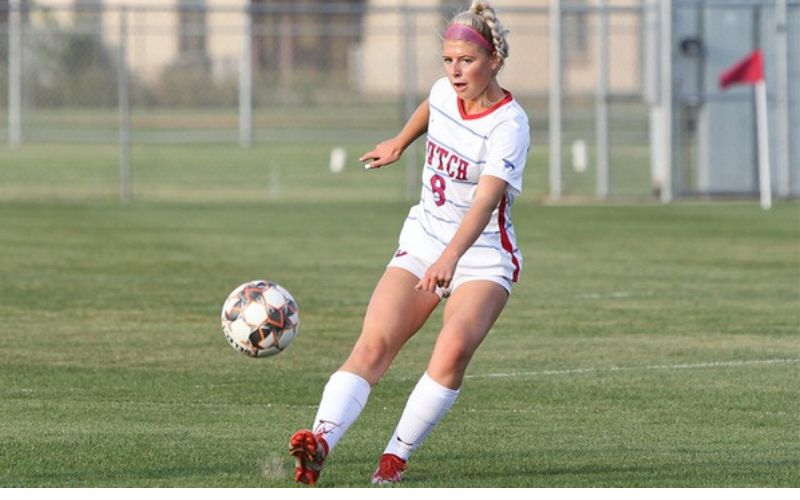 The Blue Dragons fall to 7-1 overall and 4-1 in the Jayhawk West. Johnson County improves to 5-5 overall and has defeated Hutchinson seven straight times.

After Hutchinson owned possession and led 1-0 at halftime on a goal by sophomore Aimee Maher, the Cavaliers controlled the game in the second half and netted all three of their goals in the final 45 minutes.

Maher’s goal was assisted by sophomores Ella-Mae Miller and Hadlie Lowe – Miller fired a pass into the box from distance and Lowe redirected it to Maher for her fourth-consecutive goal dating back to Wednesday’s 6-0 victory over Dodge City.

The loss halts the Blue Dragons’ best start since 2017.

Johnson County snaps a streak of four-straight shutouts by the Blue Dragons.

Saturday’s match marked just the second time this season that the Blue Dragons did not have a goal in the second half. The other time was in a 1-0 win over Western Wyoming back on Sept. 4, the game-winner being tallied in the first half by Maher.

The Blue Dragons travel to No. 12 Cowley on Wednesday in Arkansas City.

Salthawks Fall in a Thriller to Archrival Derby

Dragons Rebound with Victory Over No. 17 Cowley