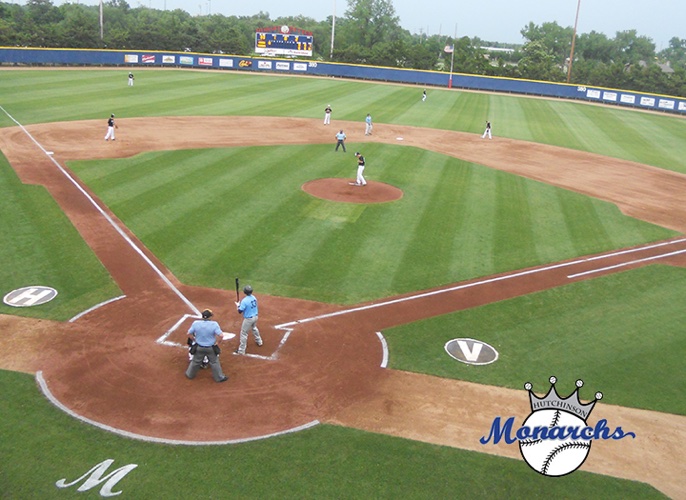 NEWTON – The Hutchinson Monarchs are one win away from at least a share of the Sunflower Collegiate League championship.

Wednesday in Newton, the Monarchs scored four runs in the second inning and three more in the ninth in beating Newton 7-3. The win improved the Monarchs to 25-6 in league play, and they remained tied with Cheney for first place, headed to the season finale tonight.

The Monarchs trailed after an inning 2-0, but they quickly overturned that lead with four runs in the second inning. Sawyer Thomas provided the big hit, a two-run single that broke a 2-2 tie.

The lead never changed again, but Newton hung around. The Sluggin Rebels scored a run in the fifth inning, closing to 4-3.

In the ninth inning, Alex Birge helped give the Monarchs a bigger cushion with a solo home run. Cade Clemons and Ryan Henderson added RBI doubles.

Corbin Hawkins earned the win for the Monarchs by pitching eight solid innings. He gave up three runs on eight hits while striking out nine. He threw just 94 pitches.

The Monarchs would earn a share of the league title by matching Cheney’s result against Haysville today. A Cheney loss and Monarchs win would give the Monarchs the outright league title.