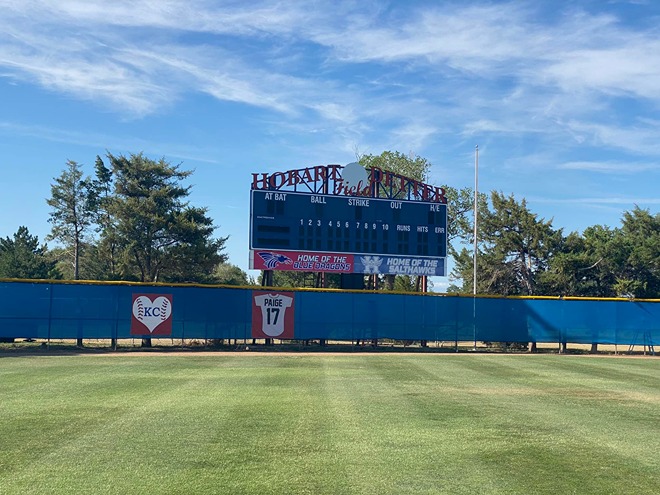 HUTCHINSON – The Hutchinson Monarchs opened the NBC World Series Thursday night at Hobart-Detter Field with a comfortable 13-1 win over 316 Elite in front of a large, partisan crowd.

The win moved the Monarchs to the top of Pool A, thanks to run difference.

The Monarchs were tied 1-1 in the bottom of the third inning when they exploded for six runs.

After a Sawyre Thornhill walk, Hunter Autry launched a deep fly ball to right field. The ball landed at the base of the fence, and bounded away from the right fielder. Although Autry was out of home trying for an inside-the-park home run, the Monarchs grabbed the lead for good as Thornhill scored.

The Monarchs rallied again, and Lane Brewster walked with the bases loaded, making it a 3-1 game. Alex Birge then launched a home run over the center field wall, clearing the bases and giving the Monarchs a 7-1 lead.

The Monarchs added single runs in the fourth and fifth innings, and put the game away with four runs in the sixth inning. Thornhill’s three-run home run hit the top of the right-field fence before bounding over, which gave the Monarchs enough to win by the 10-run mercy rule.

Corbin Hawkins was the winning pitcher, throwing four shutout innings in relief. He allowed just one hit while striking out seven.

The Monarchs will next play at 6 p.m. Saturday against Lonestar Baseball out of Austin, Texas. Lonestar beat OKC D-Bat Eagles from Oklahoma City 9-1.

Every team will play three games in pool play. The top two teams in each of the four pools advance to bracket play, which starts Thursday at Eck Stadium in Wichita.