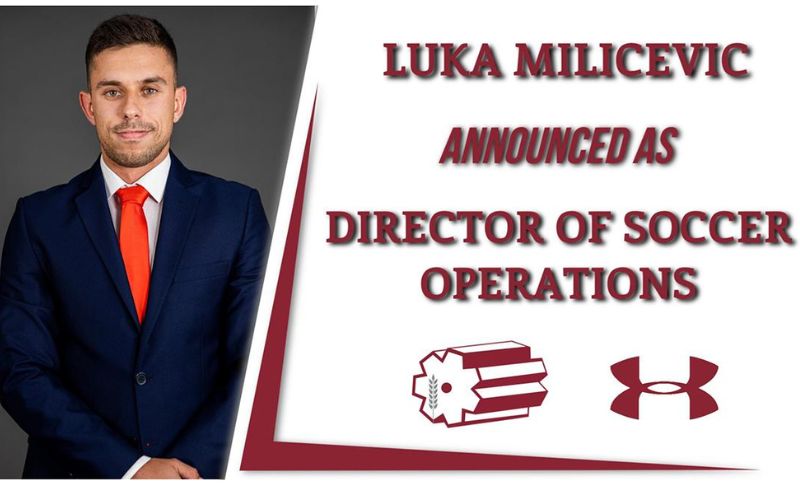 North Newton, Kan. (KCAC) – The Bethel College athletic department has announced the appointment of Luka Milicevic as Director of Soccer Operations. Within this temporary role, Milicevic will oversee both the Men’s and Women’s programs for the 2022 fall season.

“I’m thankful for Luka’s willingness to help during this time of transition within the women’s soccer program,” Athletic Director Tony Hoops stated.

“After reviewing applications and completing on-campus interviews, we feel this is the best solution for the program both short and long term.”

Milicevic earned a Bachelor of Science in Business Administration from Oklahoma Wesleyan while playing four years on their nationally recognized men’s soccer team.

After graduating from Oklahoma Wesleyan in 2017, Milicevic returned to the Eagles the following season as a Graduate Assistant coach for the men’s program where he earned a Master of Business Administration with an emphasis in Leadership.

“I am grateful to Athletic Director Hoops for trusting me to lead the women’s soccer program this fall,” Milicevic stated. “This is a program with a strong culture in place which I plan to continue investing in.”

“Coach Hagan has built the program from the ground up and it is my duty to keep developing it. Alex is still working hard in assisting me with the transition and I appreciate his help.”

Milicevic has significant coaching experience on the women’s side of the game. This past season Luka served as an assistant coach for the Rogers State (NCAA DII) Women’s Soccer team.

He has also been a club coach on the women’s side for Northwestern Oklahoma FC.

“Luka’s strong background in coaching women’s soccer along with the quality assistant coaches we have on both the men’s and women’s sides helped make this decision possible,” Hoops said.

“I look forward to watching our veteran women’s team excel this coming season and then announce our new head women’s soccer coach at the conclusion of the first semester.”

The entirety of Alex Hagan‘s support staff from the 2021 season is returning to assist Milicevic with the women’s program during the 2022 campaign.

“I want to give a huge thank you to assistant coaches Madison Hagan, Mitchell Dutcher, and Linsey Foth who will remain on staff and have been very welcoming to me,” said Milicevic. “I can’t wait to start working with and learning from them.”