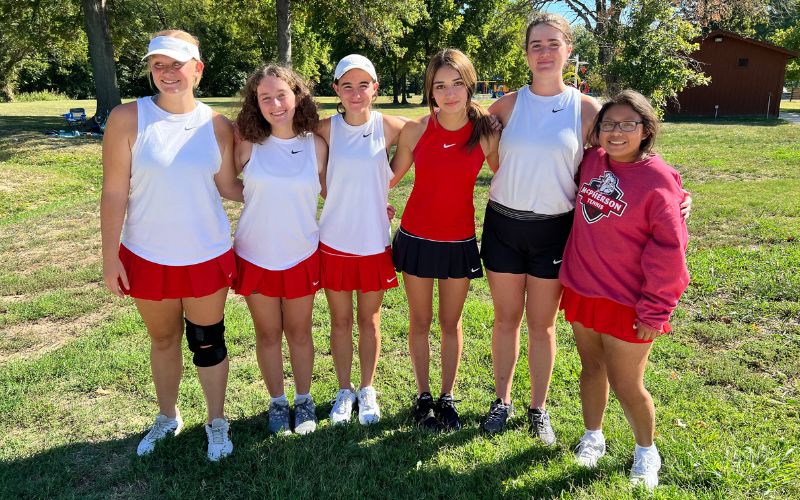 EL DORADO, Kan. – The final tournament of the season was held on Thursday for the Bullpup JV Girls Tennis team, as they finished second behind Wichita Collegiate.

All of the girls brought home a medal, finishing second or third, going 2-1 on the day. Coach Ricardo Sanchez said, “Both of our singles players (Kennedy Tulley and Lauren Rogers) found themselves in the championship of their respective divisions. Although both played really well, Wichita Collegiate had two very strong singles players that we couldn’t outlast.”

Erin Olson and Avery Eveland lost their No. 1 Doubles semifinal match against Wellington, but Sanchez said,  “They started to really play well towards the end of that match. That really helped them in the third place match.”

Sanchez added, “I an extremely proud of our #2 doubles team.” Jordan Martens was originally scheduled to play with Jadin Nowell but was unfortunately out due to illness. Ady Crocker stepped in to play with Nowell, and Sanchez said, “I was unsure of what to expect as they entered the tournament with a 0-0 record together. Not only were they able to do better than where they were seeded, they pushed Wichita Collegiate in the championship match.”

Below are the team results, along with the Bullpup individual results from the JV AVCTL Division 3/4 Tennis Tournament: