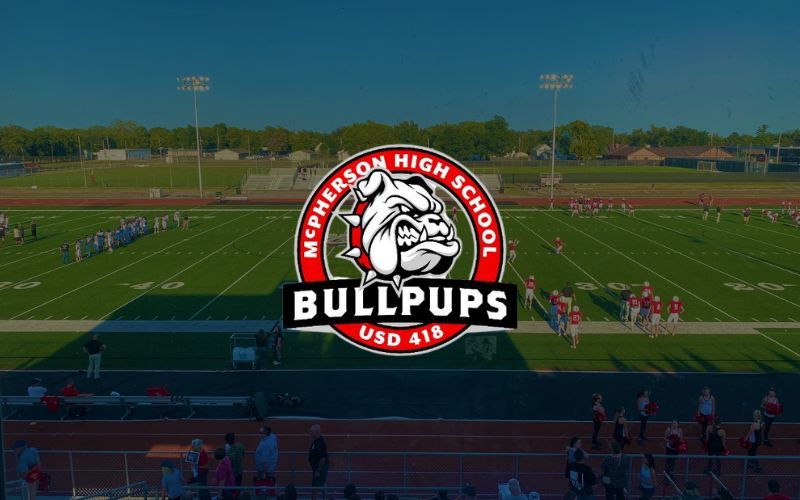 The Freshman would go into the half leading 8-6, following a 5-yard touchdown pass and two-point conversion from Kaiser Kanitz to Paxton Ingels. The Pups would add to their lead in the third quarter with a 1-yard touchdown run by Julian Glover, but in the fourth quarter, Junction City was able to hold the Bullpup offense scoreless and tied the game with a two-point conversion. The Blue Jays would score a 5-yard go-ahead touchdown to defeat the Pups 22-14.

“I thought our guys played well.” Coach David Goerzen noted, “Several of our kids showed a lot of toughness by having to be on the field most of the night playing both offense and defense.  Unfortunately for us, we made a few too many mistakes that ended up costing us some points.” Coach Goerzen concluded by saying, “We will continue to work hard towards eliminating these mistakes moving forward.”

In the JV game, Junction City would get on the board first, but Brock Richardson’s 8-yard touchdown would take the game 6-6, after a quarter. The Pups would match the Blue Jays’ score in the second quarter as Catch Delaney scored from 5-yards out, but the two-point conversion left the Pups trailing by two at the half.

In the third quarter, the teams would alternate turnovers, but Junction City would capitalize with a 30-yard touchdown pass. The Blue Jays would leave the door open for the Pups, who trailed 20-12, before Carter Allen found Bishop Brown, the two-point conversion was no good, and trailing 20-18 in the fourth, the Pups would recover the onside kick.

The Blue Jays would strike first and would convert on their two-point conversion, and the Pups were unable to answer, as they would fall 34-26.

The Bullpup Freshman and JV will return to action next Monday, as they’ll travel to Towanda to face the Circle Thunderbirds. Freshman kickoff is set for 5 p.m. The JV will follow, with a 6:30 p.m. kickoff.