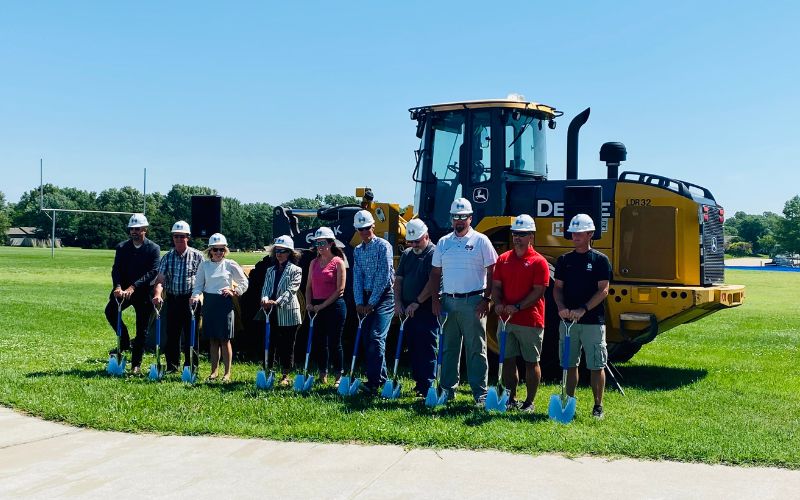 McPherson, Kan. – Ground was broken for a new MHS Athletic Facility Monday morning, with a goal that activities are able to be held at McPherson High School October 1.

Dr. Shiloh Vincent delivered the opening statements, thanking everyone who made the project possible. McPherson Schoolboard President, Jeff Johnson was then handed the mic, as he expressed how much he looks forward to the opportunity for the district and community to benefit from this facility.

USD 418 has partnered with Hutton on this facility project, and Luke Amend who is the Marketing Lead and spokesperson said, “The track and field itself is expected to be 147,267 sq/ft.” He would also say how excited he is for this facility to be used for Band, Cheer, and classes like PE, mentioning the facility as “one big classroom.” Adding the hot commodity it will be for senior pictures.

The ceremony concluded with photos and an opportunity for the community to take pictures with the construction hats and shovels.