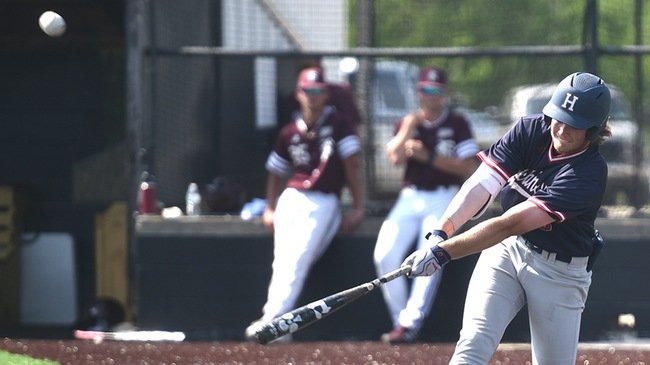 By HutchCC Sports Information
HUTCHINSON –
For the first time since 2019, the Hutchinson Community College baseball team had a player named NJCAA Division I National Player of the Week.

McLaughlin is the first Blue Dragon since Zane Schmidt on April 3, 2019 to earn national Player of the Week honors.

The sophomore from Golden, Colorado, had a huge series against Dodge City to lead the Blue Dragons to a series sweep.

McLaughlin hit .688 (11 for 16) and had a 1.438 slugging percentage with three doubles, three home runs and 11 RBIs against the Conquistadors.

In the series opener, McLaughlin was 3 for 5 with five RBIs. He hit a go-ahead two-run home run in extra innings to complete a Blue Dragon comeback.

The Blue Dragon third baseman extended his hitting streak to 14 games after going 3 for 6 with two RBIs in Hutchinson’s 10-7 Game 1 victory over Fort Scott in the opening round of the Region VI opening-round series in Fort Scott.