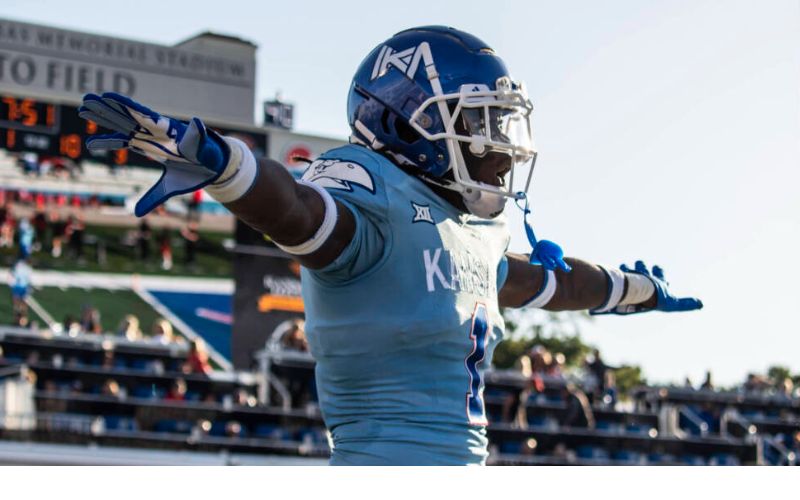 Lawrence, Kan. (KU Athletics) – Kansas senior safety Kenny Logan Jr., was named to his third preseason watch list of the summer on Monday when he was named to the watch list for the Chuck Bednarik Award, which is presented annually to the outstanding defensive player in college football.

The St. Augustine native is one of 10 Big 12 players on the watch list.

Logan was a second-team all-conference player last year and led all safeties nationally with 113 tackles. He also led the Big 12 in tackles and had 79 solo tackles, which ranked third in the country among all players.

He played in all 12 games for the Jayhawks in 2021, and finished with four tackles-for-loss, two forced fumbles, six pass breakups and one interception to go with his 113 tackles.

Logan finished the 2021 season as the only player in the country to have at least 113 tackles, six pass breakups and multiple forced fumbles on the year. He set a career-high in tackles at TCU with 15 and became the first Kansas defensive back since Chris Harris Jr., in 2009 to have at least 15 tackles and multiple tackles-for-loss in the same game.

Logan’s accomplishments from last year were more than enough to earn him a spot on the Bednarik Award watch list. The Bednarik Award has been presented to the College Defensive Player of the Year since 1994 and is named in honor of Chuck “Concrete Charlie” Bednarik, who was an All-American at Penn, and later a multiple-year All-Pro linebacker and center for the Philadelphia Eagles.

Semifinalists for the award will be announced on November 1, while the three finalists will be unveiled Nov. 22.

Logan and the Jayhawks will open the 2022 season on Sept. 2 at home against Tennessee Tech.