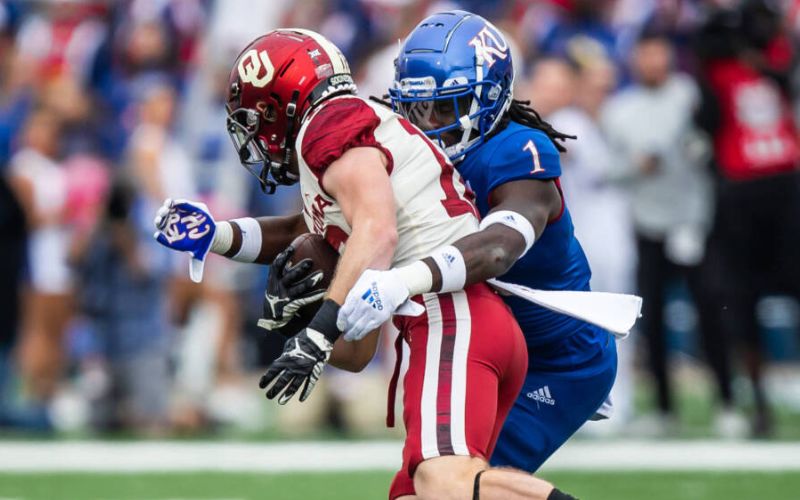 Logan is one of 35 players nationally to be included on the watch list. The Thorpe Award is given annually to the top defensive back in college football.

The senior from St. Augustine, Florida is one of just three Big 12 defensive backs to be included on the list, joining Julius Brents from Kansas State and Tre’Vius Hodges-Tomlinson from TCU. Logan is the first Jayhawk to be included on the preseason watch list since Darrell Stuckey in 2009.

Logan, who was named to the All-Big 12 Preseason Team earlier this month, was a second-team all-conference player last year and led all safeties nationally with 113 tackles. He also led the Big 12 in tackles and had 79 solo tackles, which ranked third in the country among all players.

He played in all 12 games for the Jayhawks in 2021, and finished with four tackles-for-loss, two forced fumbles, six pass breakups and one interception to go with his 113 tackles.

Logan finished the 2021 season as the only player in the country to have at least 113 tackles, six pass breakups and multiple forced fumbles on the year. He set a career-high in tackles at TCU with 15 and became the first Kansas defensive back since Chris Harris Jr., in 2009 to have at least 15 tackles and multiple tackles-for-loss in the same game.

Logan and the Jayhawks will open the 2022 season on Sept. 2 at home against Tennessee Tech. Fans can purchase single-game tickets now. Kansas is set for a six-game home schedule this season. On top of Tennessee Tech, Coach Lance Leipold and Kansas will also host ACC foe Duke on Sept. 24, before taking on Big 12 opponents Iowa State, TCU, Oklahoma State and Texas at Memorial Stadium.