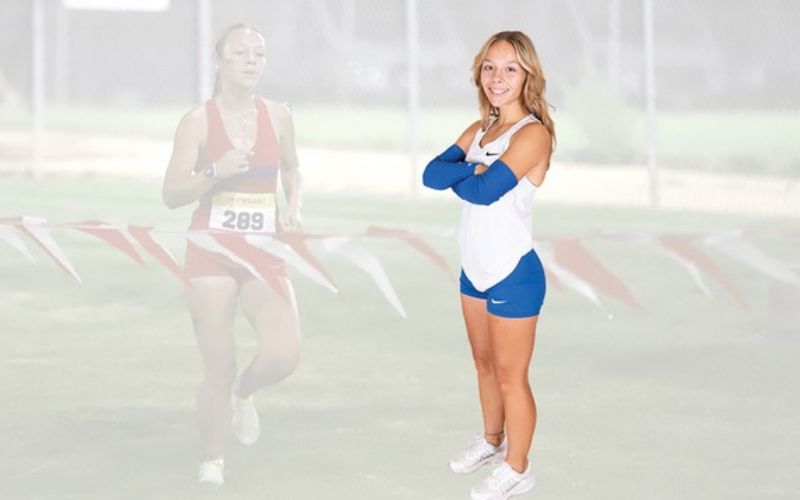 Larson ran a time of 18 minutes, 41.0 seconds to lead the Blue Dragon women to a fourth-place showing in the Gold Division on a rainy morning in Nebraska.

Larson was the second-highest finisher among junior college runners on Saturday. Colby’s Emily Diercks was the top NJCAA runner on Saturday with a 22nd-place time of 18:20.8.

Larson was one of four Top 100 finishers for the Blue Dragons in the 29-team event that featured numerous NCAA Division I teams, as well as NCAA Division II and III teams, several NAIA teams and NJCAA teams.

Northwest Missouri State won the women’s Gold Division team title with 28 points. Nebraska-Kearney was second with 56 points. Concordia University was third and the Blue Dragons were fourth. The Blue Dragons were the top NJCAA team to place. Cloud County was seventh and Garden City was 14th overall.

Other Blue Dragon performances were:

Nebraska’s Alea Hardie was the women’s individual champion with a time of 16:57.9.

The Blue Dragons next run at the Chili Pepper Classic on Friday, September 30 in Fayetteville, Arkansas.