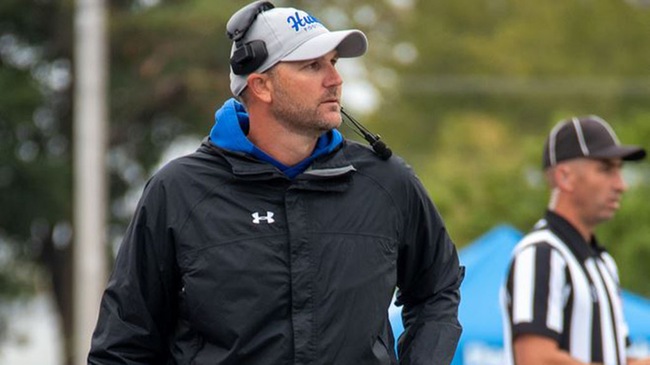 HUTCHINSON, Kan. – Each sport in the Jayhawk Conference has its ultimate rivalry.

On Saturday at Gowans Stadium, KJCCC Football’s top rivalry will renew itself for the 99th time.

The No. 2-ranked Hutchinson Community College Blue Dragons meet the No. 9-ranked Butler Grizzlies in a showdown of the only remaining unbeaten teams in KJCCC play at 7 p.m.

The latest showdown will be the 19th time the Blue Dragons and Grizzlies have played each other since the 2008 Region VI Championship game, and it will be the 16th time over that span that both teams enter the yearly matchup both ranked in the NJCAA national poll.

The Blue Dragons have a slim 49-48-1 all-time series lead over Butler, including 24-18-1 in games played in Hutchinson.

The Grizzlies (3-1, 3-0) had an unexpected week off when their non-conference game against McDougle Technical Institute was postponed. Two weeks ago, the Grizzlies defeated Independence 27-11. Butler’s only loss this season is a 50-49 overtime loss to Snow College on September 10.

Saturday’s nationally ranked matchup is the third-such game at Gowans Stadium in as many games this season. The Blue Dragons have played No. 13 Navarro (won 42-0) on August 27 and No. 7 Iowa Central (won 31-28 in overtime) on September 10.

Hutchinson’s No. 10-nationally ranked defense goes up against the nation’s No. 2-leading passer in Butler’s Jake Wolff, who is averaging 257.8 yards per game with nine touchdowns and three interceptions.

Defensively, the Blue Dragons are allowing 152.0 yards per game through the air and are tied for third in the NJCAA with eight interceptions and are tied for fifth in quarterback sacks with 17.