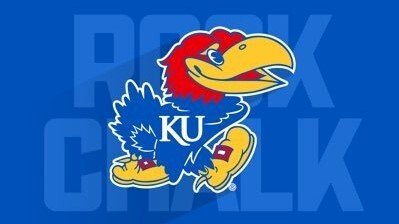 Kevin McCullar is officially a Jayhawk. Prior to the NCAA’s professional withdrawal deadline on Wednesday, McCullar removed his name from the NBA Draft pool, meaning he will maintain his college eligibility for the 2022-23 season.

McCullar initially announced his intention to transfer to KU back on May 19 and made things official with an announcement on Wednesday. McCullar is currently rated as a four-star transfer and is the No. 11-ranked transfer nationally.

McCullar will arrive in Lawrence this summer with a wealth of Big 12 experience and two seasons of playing eligibility remaining. Although McCullar dealt with injuries during the 2021-22 season with Texas Tech, the guard still averaged 10.1 points per game on 40.2 percent shooting from the field and 31.1 percent shooting from 3. He also chipped in with 4.6 rebounds, 3.1 assists and 1.4 steals per game. He is widely considered to be one of the Big 12’s best defenders. McCullar scored in double digits in 16 of the 29 games he played in and notched 20-plus points on two occasions.

“At this stage of my life, KU offers me an opportunity to continue to improve my game while still being close to my family,” McCullar said upon his initial commitment to KU. “I am extremely thankful and excited for this opportunity, to represent such a historic basketball program. It’s an honor of a lifetime.”

Coming out of high school in the class of 2019, the 6-foot-6 guard was rated as a four-star recruit by the 247Sports staff.

He was the No. 135-ranked recruit nationally, the No. 33-ranked small forward and the No. 15-ranked recruit in the state of Texas in his class. The San Antonio, Tex. native picked Texas Tech over 12 other offers from the likes of Kansas State, Louisville, Baylor, Oklahoma and TCU.

247Sports provided a scouting report on McCullar coming out of high school.

“At 6-foot-6, he brings a unique and impressive skillset to the table. Is a versatile wing who can also handle the ball. Intends to play point guard in college, though he is likely best served as a playmaker who is used off the ball to create on closeouts. What he does best is get to the rim where he can finish with athleticism and toughness through contact. He has to continue to refine his jumper and prove he is 100 percent healthy coming off of a leg injury. On the defensive end, he looks to be someone who can bring a lot of positional versatility and fit into almost any system.”