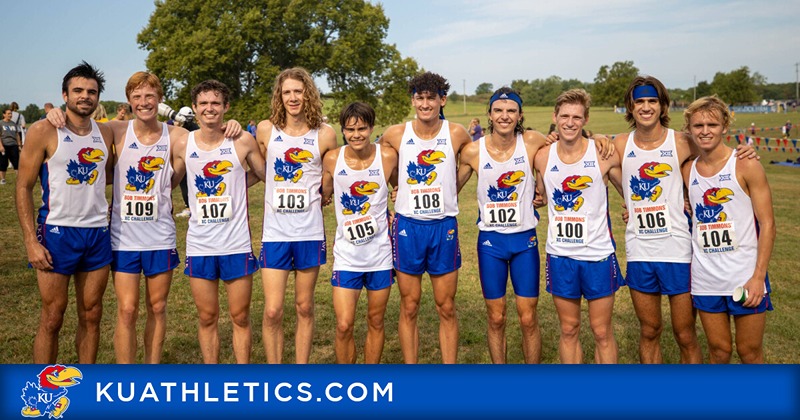 LAWRENCE, Kan. (KUAthletics.com) – Kansas cross country opened its 2022 season at the Bob Timmons Classic at Rim Rock Farms on Saturday, where junior Chandler Gibbens led the Kansas men to a first place finish with 22 points, while the Jayhawk women finished second with 43 points.

“I thought the men’s team did a great job of executing the team approach and they competed well throughout the race. They ran with a lot of confidence and focus. ”

The Kansas men ran as a unit throughout the 6k course at Rim Rock Farm, with six Jayhawks finishing in the top-10 overall. Freshman Quenton Walion placed seventh overall in 18:46.99, followed by freshman Christopher Stone in ninth in 18:57.01 and junior Sam Hubert in 10th in 18:57.71.

Kansas will hit the road for the first time this season when the Jayhawks travel to Lincoln, Nebraska to compete in the Woody Greeno/Jay Dirksen Invitational on Saturday, Sept. 17.