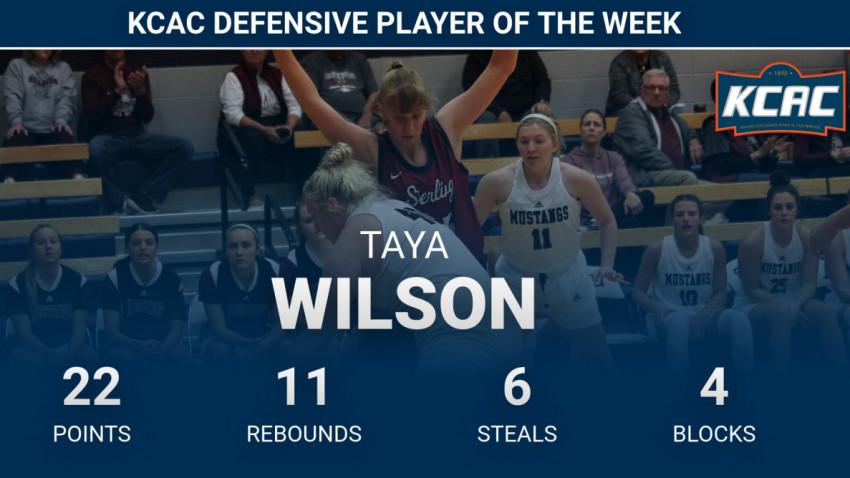 WICHITA, Kan. (SCWarriors.com) — Jerrica Johnson of the University of Saint Mary and Taya Wilson of No. 13 Sterling College have earned the KCAC Women’s Basketball Offensive and Defensive Player of the Week honors, respectively, the conference office announced Monday. The two student-athletes were selected for their performances from Oct. 31-Nov. 6 by a vote of conference sports information directors.

Johnson had 24 points against a tough MidAmerica Nazarene team that is receiving votes in the latest NAIA Women’s Basketball Coaches’ Poll, and had 18 in a big win over Missouri Valley.

Wilson is the spark to the Warrior defense. In the first week of play, she averaged three steals per game and two blocks per game, both team highs for Sterling. Her eight defensive rebounds per game co-led the Warriors in their first week of play. Against #3 Morningside, Taya had 3 blocks and 3 steals on the defensive end. On top of the stats, Taya knocked a pass away and rolled over the scorer’s table to save the ball which led to an and-1 opportunity for the Warriors, a momentum-shifting moment for Sterling.