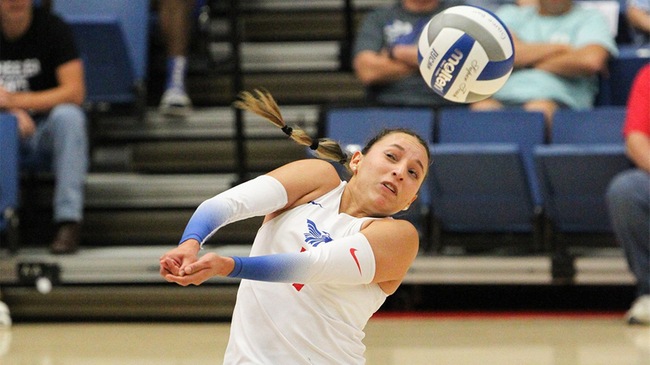 HUTCHINSON, Kan. – The Hutchinson Community College Volleyball team faces another rugged weekend schedule, but will do so inside the Hutchinson Sports Arena this weekend.

The 2022 Blue Dragon Classic field features four nationally ranked teams – No. 16 Hutchinson, No. 2 Indian Hills, No. 8 Trinity Valley and No. 17 Mineral Area. Both Butler and MSU-West Plains are receiving votes in this week’s NJCAA Rankings. Jefferson College and Iowa Western started the season in the national rankings. Jayhawk West rival Cloud County is the ninth team in the tournament field.

The Blue Dragons play a pair of nationally ranked opponents and get two rematches in their four matches this weekend.

Hutchinson will open with Jefferson College at 2 p.m. on Friday. The Blue Dragons were swept by then then-No. 12 Vikings on opening weekend at the Reiver Classic in Council Bluffs, Iowa.

The Blue Dragons play host to Iowa Western at 6 p.m. on Friday. Also at the Reiver Classic, the Blue Dragons won a five-set thriller with the defending national champions and preseason-No. 1 ranked Reivers in August.

Dragon Volleyball Up One Notch in NJCAA Rankings