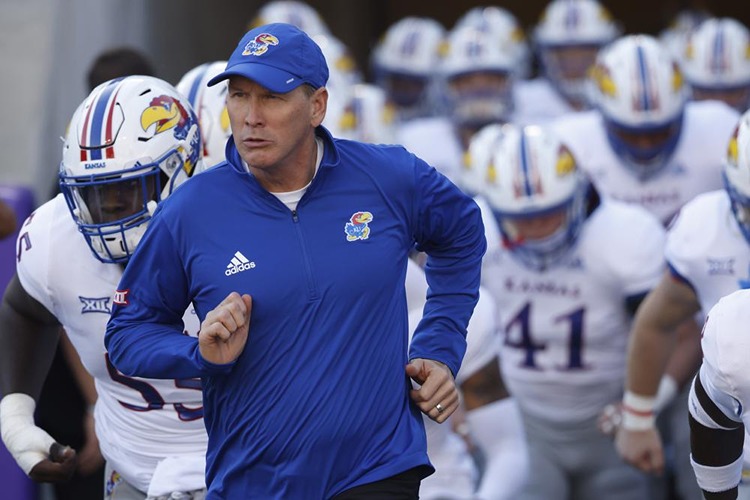 LAWRENCE, Kan. (KUAthletics.com) – Kansas’ October 1 homecoming matchup against Iowa State will kick off at 2:30 p.m. CT, the Big 12 Conference announced Monday. The game will air on either ESPN 2 or ESPNU.

The matchup between the Jayhawks and Cyclones will be the 102nd meeting between the two teams, where Kansas holds a 50-45-6 advantage. Iowa State won the last matchup against Kansas on October 2, 2021, 59-7 in Ames, Iowa. Kansas holds a 28-19-3 advantage in games played in Lawrence.

The 2:30 p.m. kickoff will be Kansas’ first at that time this season and their second-afternoon kickoff. Kansas defeated Houston in their first-afternoon game this season, 48-30 on the road. The Jayhawks are 1-0 at David Booth Kansas Memorial Stadium this season, with a season-opening 56-10 win against Tennessee Tech.

Kansas is 1-0 in conference play this season after defeating West Virginia, 55-42 in overtime on September 10.

The 3-0 Kansas Jayhawks will return home on Saturday, September 24 to host the 3-0 Duke Blue Devils at 11 a.m. CT, before the matchup against Iowa State.

No. 20 K-State, Iowa St See Lot of Each Other in Themselves