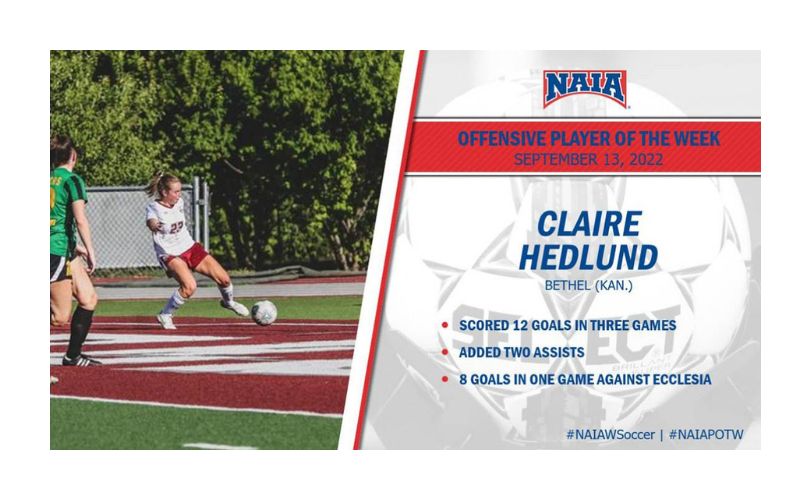 Hedlund had a monstrous week for the Threshers in their three contests. She found the back of the net 12 times in total, while assisting on two more goals. Hedlund set school records for goals and points in a game against Ecclesia, as she scored a whopping 8 goals and turned in 2 assists. The Threshers as a team set a school record for goals scored in that game as well, with 13. Hedlund turned in 26 points on the week while taking 25 shots. The junior forward had a shot percentage of .480 and a shot-on-goal percentage of .920 as the Threshers went 2-0-1.

Goodale played every minute of both games this week as the Bees increased their home win streak to 3-0. The sophomore totaled nine saves against No. 1 UT Southern which allowed SCAD to earn the 3-2 upset win (the biggest upset in program history). Goodale totaled two saves against Life as the Bees won 4-2. Goodale was also named the Sun Conference’s Women’s Soccer Defensive Player of the Week for this time frame.