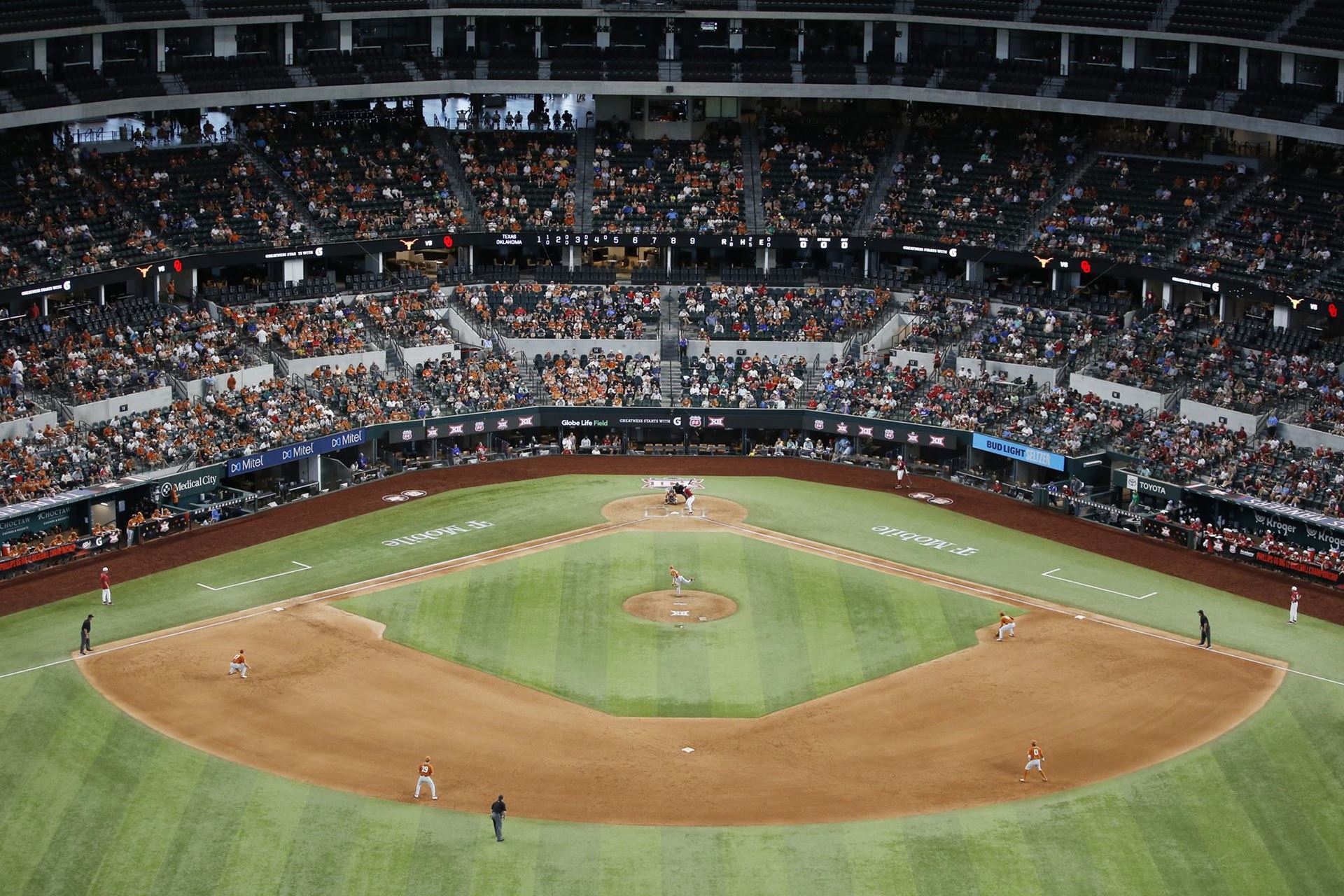 IRVING, TX – Five Big 12 programs were selected to compete in the 2022 NCAA Division I Baseball Championship. No. 7 Oklahoma State and No. 9 Texas earned the right to serve as regional hosts, with Oklahoma, TCU and Texas Tech in the field of 64.

This marks the 19th time in 25 seasons that at least five Big 12 teams will participate in the regionals. Overall, the Conference has made 127 NCAA appearances and owns a 233-166 (.584) mark in regional play.

Oklahoma State’s O’Brate Stadium hosts its first NCAA postseason games Friday, as the No. 7 national seed Cowboys (39-20) play No. 4 Missouri State to open the Stillwater Regional. OSU, who is making its seventh consecutive regional appearance, plays No. 2 Arkansas or No. 3 Grand Canyon in its second regional game, as the four teams attempt to meet the winner of the Chapel Hill (N.C.) Regional.

Big 12 regular season champion TCU (36-20) faces No. 3 Louisiana-Lafayette to open the College Station (Texas) Regional. The Horned Frogs play either No. 5 national seed Texas A&M or No. 4 regional seed Oral Roberts in their second game, with sights set on meeting the winner of the Louisville Regional. TCU is making its 18th appearance in the NCAA Tournament and 16th since 2004.

Oklahoma (37-20), who finished a 4-0 run to win the Phillips 66 Big 12 Baseball Championship Sunday, heads to the Gainesville (Fla.) Regional to face No. 3 regional seed Liberty in the Sooners’ 39th trip to the NCAA postseason. No. 13 national seed Florida and No. 4 Central Michigan complete the region’s bracket, which is slated to face the winner of the Blacksburg (Va.) Regional.

Texas Tech (37-20) is in the field for the sixth consecutive season, and faces No. 2 regionals seed Notre Dame to open the Statesboro (Ga.) Regional. The Red Raiders face No. 16 national seed Georgia Southern or No. 4 UNC Greensboro in the second game of the double-elimination bracket. The winner of the Statesboro Regional faces the winner of the Knoxville (Tenn.) Regional in the Super Regional round.

Selection of the eight super regional hosts will be announced on www.NCAA.com/mcws , Tuesday, June 7 by 9 a.m. CT.